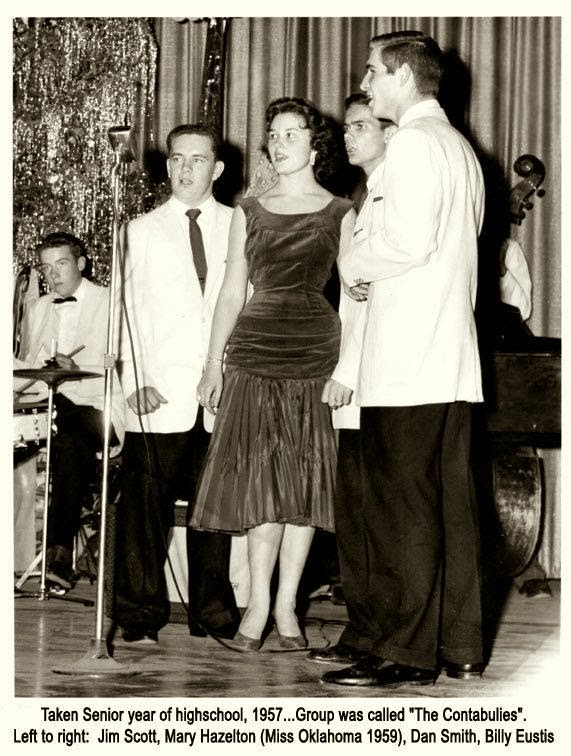 From Left; Chuck, Billy and Bill, The Tri-Lads.

Later Billy with two schoolmates Bill Ragan and Chuck Fournier recorded in June 1957 as The Tri-Lads _Cherrie Pie / Always Be True. on the Oklahoma label, Perpective Records later re-released in December in the New York based label Bullseye Records for their national distribution.

The A side ( tune original by Marvin & Johnny ) was very popular only locally and the group disbanded in the Winter of 1957. (in early 1960 Skip & Flip have a Hit with their version of_Cherry Pie).

Posted by Whitedoowopcollector at 7:33 AM