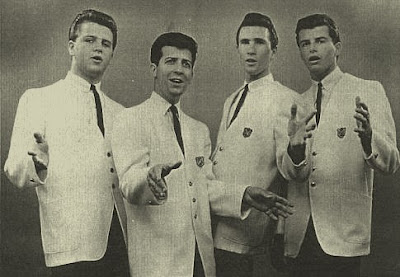 In the above picture left to right; Mike Reiter, Sal Fasulo, Bill Medley and Don Fiduccia. 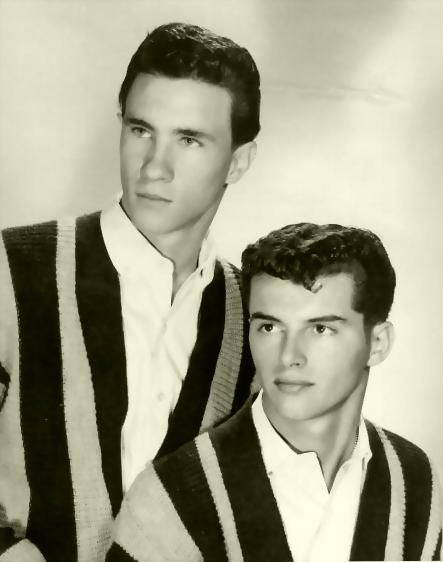 In the early sixties, Bill Medley with his guitar-playing friend, Don Fiduccia, formed a vocal group called the Romancers (see above picture). They each wrote a song and made a demo but never recorded.

In 1960 they formed a vocal group named The Paramours with Mike Reiter and Roger Scott. Roger married, left the group, and Sal Fasulo replaced him as tenor.


The Paramours signed a contract with Mercury Records on their subsidiary label Smash Records were recorded in 1961...


-That's The Way We Love/Prison Break.

The A Side a Medley composition have a good local acceptation and the guys have some guest TV appearances and cut this same year another single on the Smash_-Miss Social Climber/Cutie Cutie. 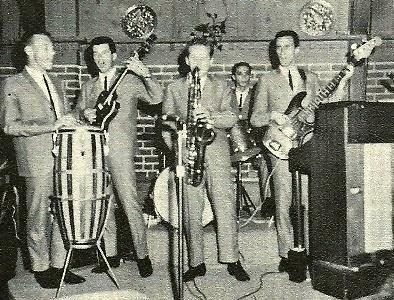 Sal Fasulo left the group and Bobby Hatfield, who was member of another group called The Variations took his place. In 1962 Medley and keyboard player Johnny Wimber of the Paramours got together with Hatfield and recorded to single for Moonglow Records_There She Goes (She's Walking Away) / That's All I Want Tonight.

Also they back up to PENNY RICHARDS in his 1961 Moonglow's single_I'll Be Yours/The Only Way.

Without success the group continued working in clubs but son Bobby and Bill recorded as The Righteous Brothers and the rest, is history.


Posted by Whitedoowopcollector at 1:40 AM

In the early sixties, Bill Medley and I formed a duo called the Romancers. We each wrote a song and made a demo on the old disk format called 45’s. Sometime later, we formed a quartet named the Paramours by adding Mike Reiter and Roger Scott. Roger married, left the group, and Sal Fasulo replaced him as our tenor. The Paramours signed a contract with Mercury Records on their subsidiary label— Smash Records. Bill was our lead singer, and we recorded a Medley original—That’s The Way We Love — The Paramours. The tune didn’t hit the charts, but we did have some guest TV appearances. Sal Fasulo left the group and Bobby Hatfield took his place. We recorded another Medley song—There She Goes and continued working clubs as the Paramours. It soon became obvious that Bobby and Bill were destined for greater things. They were a perfect vocal match, so they recorded, as a duo, a Medley original called Latin Lupe Lou. That record launched their careers as the Righteous Brothers.