It is a one side insert that was only given out for promotional reasons locally.very rare picture. 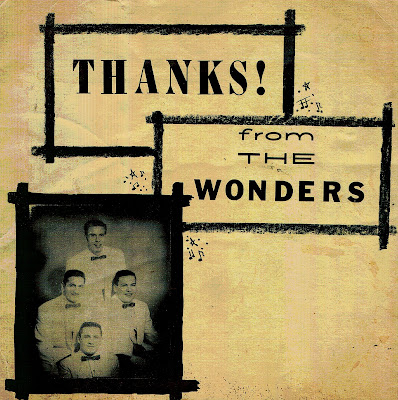 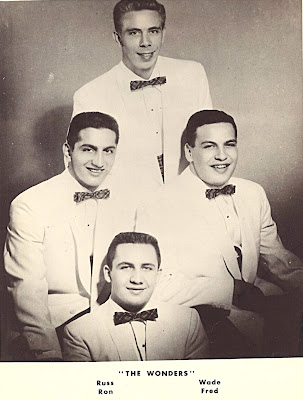 The Wonders from Akron, OH consisted of Fred Kalail(Lead),Wade Haddad(Tenor),Ron Kalail(Baritone) and Harvey Russell(Bass), they started in 1957 with the typical white Rock & Roll doo wop sound for Reserve Records with the sides_ Well Now/Cuttin’ Out.

Later with the past of the years changed their sound to the white pop doo wop sound as they recorded in 1959 on the Ember label_I’ll Write To Book/Hey Senorita (original by the black group The Penguins). 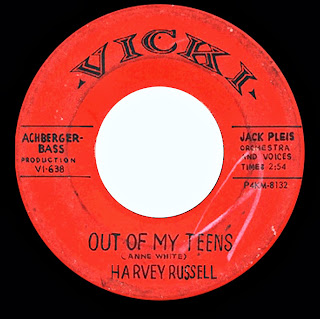 Later members involved with a local band and played arabic music. Harvey Russell started his own solo career in 1963 with the single_Out Of My Teens/Cuttin’ Out. For the Vicki Records also create his own label, Janie Records (named for his wife) and in 1965 singing with the local band The Rogues on the teen circuit.


Posted by Whitedoowopcollector at 4:11 AM