THE DYNAMICS(First and Second Group) 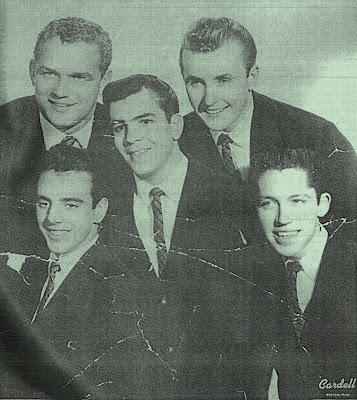 In 1957 Dick Johns,Donnie Fuchs,Sammy Ruta and George Winesburgh from the Shadland avenue distict in the north side of Pittsburgh formed one vocal group know as The Four Sharps.they auditioned for RCA but the label no was interested in the group and this disbanded. 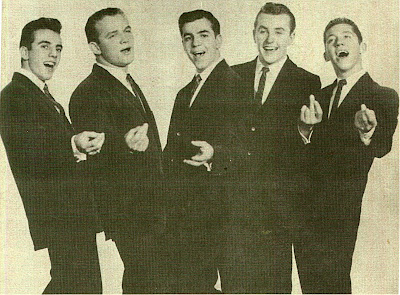 Dick Johns and Donnie Fuchs with Kenny Korvall,Philip Wagner and Earl Viney formed another vocal group called The Dynamics they singing for a brief time,after Kenny and Philip leave the group and were replaced by other two guys,now The Dynamics consisted of Donnie Fuchs(Bass),Jimmy Shoup(1st Tenor),Earl Viney(2nd Tenor),Dick Johns(Baritone) and George Winesburgh(Lead). 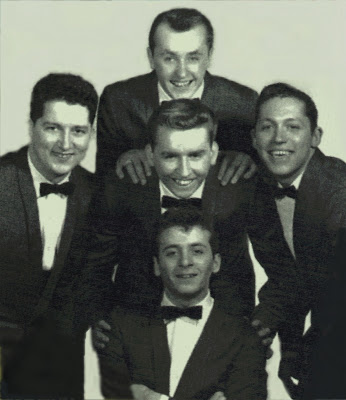 In 1957 win a talent contest sponsored by DJ Jay Michael and obtaining a contract with the New York based label Cindy Records where the group recorded the sides_When The Saints Come Marching In/Gone Is My Love. The B Side was very popular in Pittsburgh,Pennsylvania,Ohio and West Wirginia.

In 1958 the group put up the money for another release,on May 4,1958 moved to Nashville,TN. for a recording session at Bradley Film Recording Studios where recorded four sides_Someone/Moonlight/Wedding Bells/Newey Weds. The two first sides were released on his/George Bodner label Impala Records(later re-released on the Secco label). 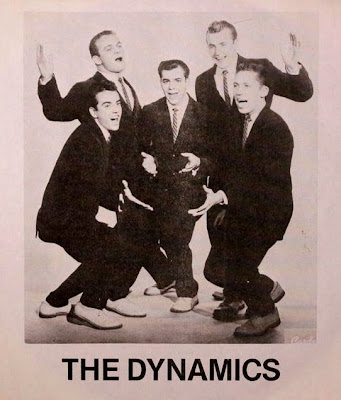 Without sucess Earl Viney soon leave the group and were replaced by Johnson Korman in this time Jules Kruspir was contracted as his new manager but by internal problems soon John Korman and George Winesbourgh leave the group ,this now as a trio added for a short period to Dick Knauss(later member of The Marcels). 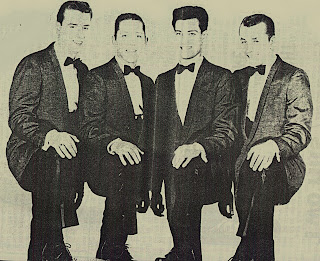 In 1960 Dick Johns and Donnie Fuchs with Ron Barnett and Dick Spracier reformed the group and in 1961 signed with Jake Plush owener of LaVere Records where recorded_Wrap Your Troubles In Dreams/I Can’t Give You Anything But Love. Followed in 1962 by_Christmas Plea/Dream Girl. on the Dynamic label.

These recordings went complety unnoticied and after several more personal changes the groupo disbanded around 1963-64.

Finally another unreleased tune of the group was enclosed recently on one doo wop CD_Going To The Zoo.
Posted by Whitedoowopcollector at 11:47 PM

Donnie Fuchs is my cousin. He passed away a few years ago. Thank you so much for bringing this piece of our family history back into my life.