THE FIVE DELIGHTS aka THE MOOD MAKERS aka THE WATUSI WARRIORS 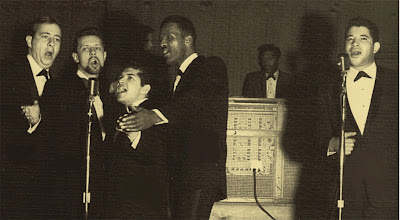 In 1958 Waldo Champen(who before recorded with The Wrens,Supremes and The Bachelors) with group friend Ed "Sonny" Jordan formed The Five Delights with George Rosa,Danny Levy and Douglas Ferrer.they signed with Newport Records owened by Jerry Winston and recorded the single_There'll Be No Goodbye(with Sonny and Champ in duet lead)/Okey Dokey Mama(with Doug on Lead).

The record have a big acceptacion and was re-released by United Artists subsidiary label Unart Records. 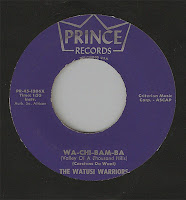 After Doug and George leave the group. Danny recruited two classmates from the James Monroe High School in the Bronx,Eddie Stokes and Raymond Figueroa.this new formation recorded in early 1959 the sides_Wachibamba/Kalahari. on the Prince label under the group name of THE WATUSI WARRIORS(the company promoting the discs as by a south african group?).

In July 1959 the guys back to The Five Delights name and recorded on the Abel label _The Thought Of Losing You(Sonny on Lead)/That Love Affair(Champ on Lead) .but the label did no promote the single and this dead soon.

In 1960 the group recorded several acappella sides and other unreleased recordings. 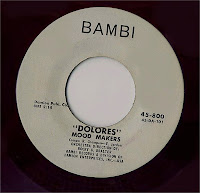 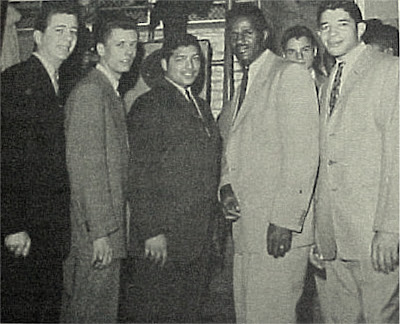 1961 the guys recorded as THE MOOD MAKERS on the Bambi label_Dream A Dream/Dolores. and backing Tommy Stagg on his Bambi sides_Memories Of Love/Four In Love.
this was the last single of the group.

In 1964 the group recorded 12 songs for their manager Jerome Tarter in a New Rochelle Studio but none were released.
In 1965-66 the group have personal changes,original Eternal's Lead George Villanueva join the group and after Eddie,Ray and Danny with George and new member Sammy Marrero singing as THE ETERNALS.
Posted by Whitedoowopcollector at 1:23 AM

I saw this group along with the great channels at Gompers high school,nyc, about 1958...their ballad was beautiful.

My Dad is Raymond Figueroa. So glad this was published. ;)