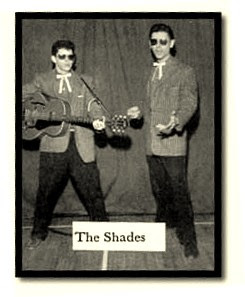 Lewis Allen Reed(later know as Lou Reed) and his high school friends Phil Harris and Al Walters, after a successful gig at a school variety show, got together one night and The Shades aka The Jades were Born they wrote "Leave Her For Me" and "So Blue," two paint-by-numbers doo-wop songs. Still, the songs were compelling enough, and the 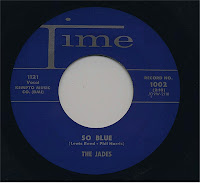 Jades soon caught the attention of A&R man Bob Shad, who worked for Mercury. Like many A&R men, Shad dreamed of running his own label, and figured recording a trio of Long Island kids would be as good a place as any to start.


So Shad got them into the studio, along with a session band that featured Curtis; Reed played rhythm guitar and sang backup, Walters sang bass and Harris sang lead. At one point, Shad felt the kids weren't delivering adequate vocals, and brought in a session singer who, according to Reed, had an enormous mound of snot hanging out of his nose.


The sides_So Blue/Leave Her For Me. were released in 1958 on the Time label. 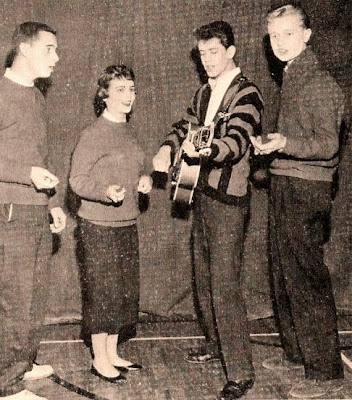 Reed later recalled that the song was played once on the radio by Murray the K, and that he received royalties of 78 cents, while Harris said the height of the Jades' fame was occasionally appearing on lists of singles that could be played from a diner booth.

Posted by Whitedoowopcollector at 3:41 AM