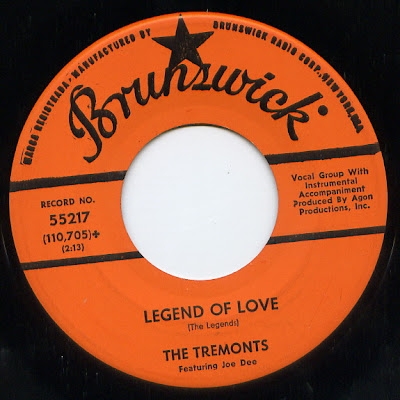 White group from the Bronx, New-York formed by Julio "Joey Dee" Decicco (Lead),Billy Frye,Dave Romano and Ronnie Lapinski,they recorded_Legend Of Love/Believe My Heart. for Pat Riccio Records in 1961. as THE TREMONTS with Joe Dee & The Top Hands. and re-released this same year on the Brunswick label only as The Tremonts. 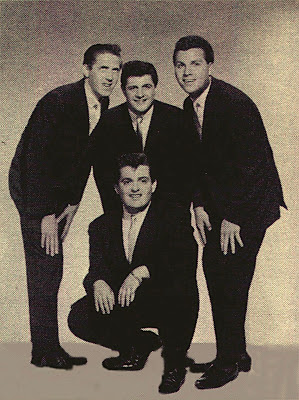 B side is a sound-A-like song to _Please Believe Me. of Vito Picone of The Elegants.Also this group was involved with The Regents and The Runarounds(see in this blog). 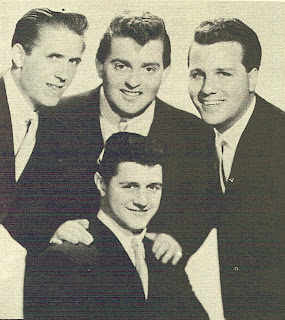 Members of this group recorded with Joyce Heath as The Privateers(see in this blog) and backed to MARTY on his 1967 Di Venus sides_Dear Mom And Dad/Since You're Mine. and to Carlo Mastrangelo of Dion & The Belmonts fame,Ernie Maresca,Vito Picone of The Elegants and Jimmy Curtis on the Laurie label.

Posted by Whitedoowopcollector at 7:47 AM