THE LES CHIMES aka THE LA CHORDS 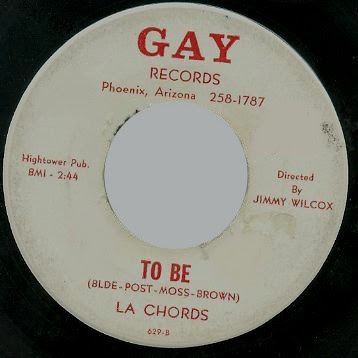 This interracial group known as The LaChords originally got together in Germany.US servicemen Dan Moss, Gene Blue, Robert Brown and Ron Post were the original members. At the time, the quartet was known as The Les Chimes. 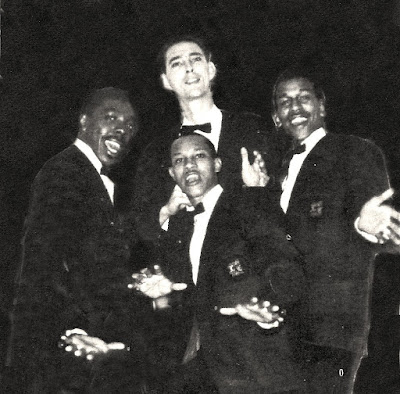 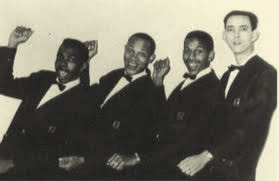 The record did fine on local stations and the group made many public appearances.Ron Post decided that he was going to go back to California and get into his father’s business. Robert Brown was still in the military. He was having personal problems, so eventually he was gone.Gene and Dan picked up Al Douglas.and they recorded as a complete black trio.

Posted by Whitedoowopcollector at 2:12 AM

I am Bill Post and My father is Ron Post, the bass in the group. The group was part of what once was the Del Vikings. They were in the Air Force and several including my dad were shipped to Luke AFB in Glendale AZ where they recorded under the Les Chimes/La Chords. Now my dad is the retired founder of Northwest Medical Teams International in Portland Oregon. This brought back many memories to him when I found this video. He and Gene Blue (the high tenor) are still alive. The rest are sadly gone.

My father also sang in a Les Chimes group in the United States Air Force in the 1950s in Wiesbaden Germany. The group entertained audiences at 13 USAFE installations in Italy, Turkey, Crete and Libya. The group consisted of Daniel Moss, Leroy Atkins, Gene C Blue, Robert A Brown and my dad William M Gordon. It was great finding this information. Regards...Dr De Voka Gordon