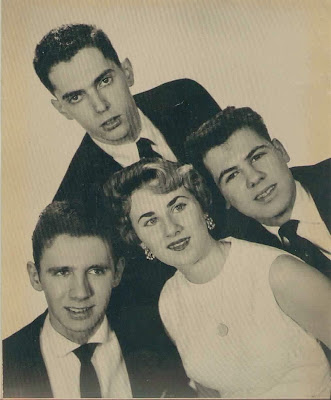 The Aquatones were a four part harmony band with a female lead vocal, Lynne Nixon. The group began as three guys from Valley Stream, New York. They formed in 1956 as the Rhythm Kings with Dave Goddard, Larry Vannata, and Gene McCarthy as members. They came together to record a song written by Dave for their junior class play at Valley Stream Central High School. All of the guys played instruments as well as sang - Gene the clarinet and tenor sax, Larry the alto and tenor sax, and Dave the piano. Bob Boden would play drums when they performed live. 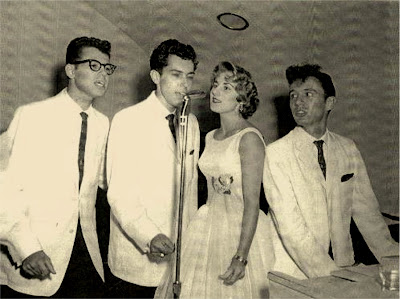 A classmates father, a record distributor, heard the group and suggested that they add a high falsetto voice. Shortly thereafter, Larry met Lynne Nixon at a dance and asked Gene and Dave to give her an audition. Upon hearing Lynne's voice they agreed to add her to the group. At first, Lynne only sang backgrounds, until Larry wrote the song "You" for her to sing. 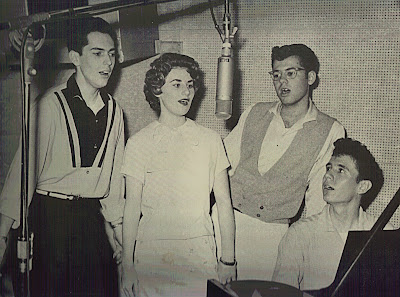 The group later changed its name to the Aquatones (as Dave describes it "so the guys could wear a 'cool' shirt from the 1950s - aqua with a black velvet 'V' down the front). In 1957 the three original members - Larry Vannata, David Goddard and Eugene McCarthy, decided to add Lynne as a fourth member to give the group some versatility. It wasn't long after the group became a foursome that they found themselves performing at a talent contest at Malverne High School. 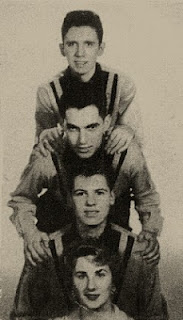 The contest entitled Stairway to the Stars was just that for the group as local real estate mogul turned music promoter Lou Fargo heard the group and liked what he saw and heard. In December 1957, he signed the group and off to the studio they went to record on Fargo's own label. 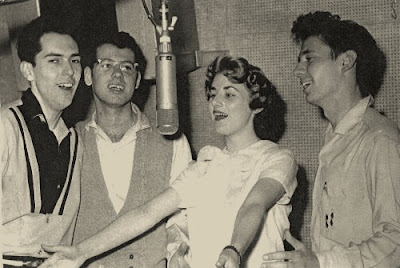 Their first single was recorded in a demo studio in the Brill Building in January 1958. The A-side was a solid rocker, "She's the One For Me", with Vannata and Goddard alternating on lead. The other side, also written by Dave Goddard and Larry Vannata, could hardly be more different. "You" was a slow ballad featuring Lynne's beautiful soprano. As happened so often in the 1950s, disc jockeys started flipping the record over and "You" became a strong seller in the North Eastern markets, causing Lou Fargo to strike a deal for national distribution with ABC-Paramount. Eventually, "You" peaked at # 21 on Billboard's pop chart. Surprisingly, the very pop-sounding record did even better on the R&B charts, where # 11 was the peak position. In the UK, the record was released on London HLO 8631. 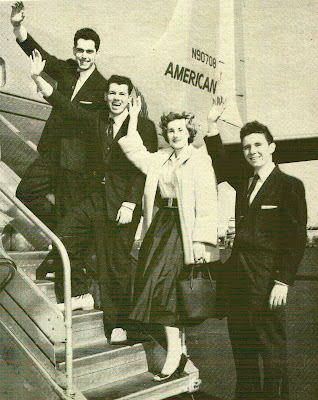 The group got the chance to perform on the usual circuit of deejay record hops and also did a variety of TV shows, including those hosted by Dick Clark and Alan Freed. There were also concert appearances with the likes of Danny and the Juniors, Bobby Darin and the Shirelles. In spite of all this, the Aquatones lasted only until 1960. Their seventh and last Fargo single was released in 1961 and Lou Fargo issued an LP in 1964, "The Aquatones Sing For YOU". "You" would remain their only chart entry and served as the blueprint for "To Know Him Is To Love Him" by the Teddy Bears later in 1958. 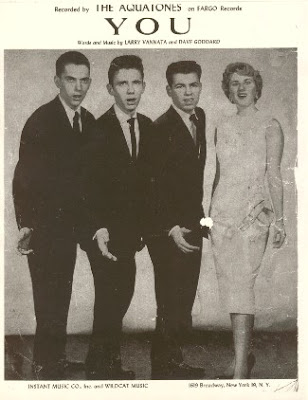 The Aquatones went their separate ways after 1960. Lynne stopped singing altogether. Though the group members remained friends and stayed in touch, it was difficult to get together to perform, and without Lynne, they were missing the sound for which they were known. 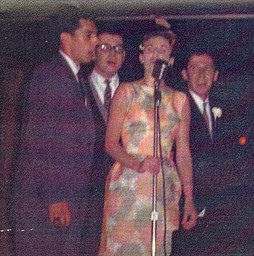 For the complete bio and more pictures of the group visit;

Posted by Whitedoowopcollector at 9:40 PM