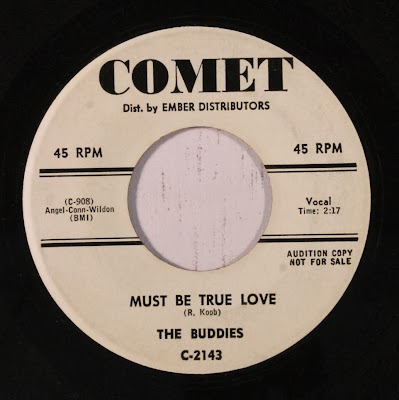 From The Complete Book Of Doo Wop..

The Buddies were Roger Koob(of he white groups The Premiers,Travelers and The Frontiers,see in this blog) and Bill Baker(of the black groups The Five Satins and The Chestnuts).

In 1961 Bill Baker recorded for Audicon Records with the back up group of The Del-Satins managed by Jim Gribble who also manager Roger Koob’s group The Premiers, the result was the duet of Roger and Billy as The Buddies who recorded in 1962 on the Ember subsidiary label Comet Records the sides_Must Be True Love/Hully Gully Mama(written by Roger). 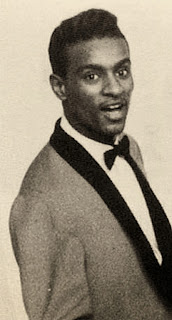 But with the suddenly dead of Jim Gribble of a heart attack the record died soon. In 1965-66 Roger written a tune in the style of the Righteous Brothers_I’m Still Lovin’ You. (With the B Side_Like Strangers). From a cut off of an early Everly Brothers Lp. Roger & Bill recored these two tunes as Dvid & Goliath (not present in the doo wop guides) on the Tamaro label named for its owners Tommy,Marty Kugell and Roger Koob.


Posted by Whitedoowopcollector at 9:37 AM