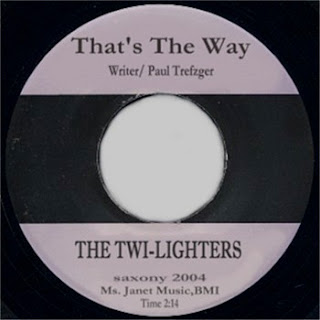 In 1957, Joe Indelicato was in the military and started singing with some other guys. They stayed together after leaving the military and eventually they pursued a singing career in Cincinnati. In 1960, they formed the Twi-Lighters the group consisted of Joe,Fred Martin Ed Breamer and Lynn Holthaus. The group was later signed by Fraternity Records and in 1961 they recorded the single_ To Love In Vein/The Beginning Of Love. The group found success with the record and appeared on television and radio as well as public appearances. 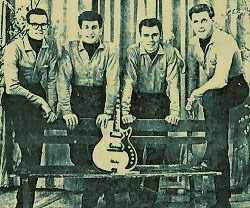 The Twi-Lighters have unreleased sides as_That's The Way. a good doo wop tune released as single in 2004 with the B side_My Prayer.

To Listen or Download please visit;http://www.box.net/shared/ctf1ag7pxx
Posted by Whitedoowopcollector at 12:00 AM