Doo Wop Acappella with The Chessmen 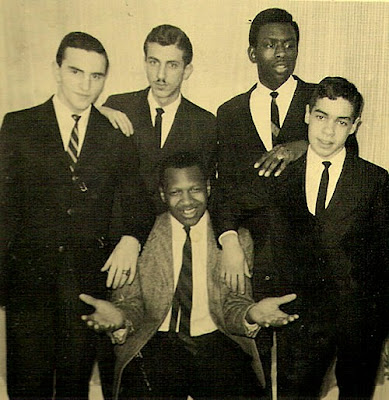 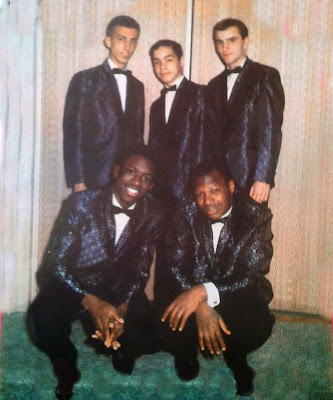 This group began recording for Eddie Grie's Relic Records in December,1964 and have contributed four singles and numerous songs on Relic Lp's. 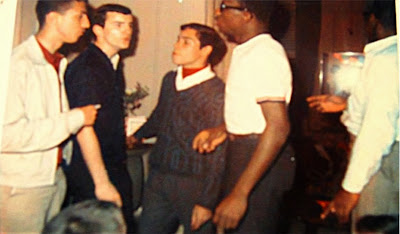 In 1965 the group have a big success in the acappella circuit with the sides_I Apologize. and_Ways Of Romance.they have appeared on stage at the Apollo theatre in New York.

In 1966 the group recorded a complete acappella album but by 1967 all the doo wop sound was dead and the group was disbanded.re-formed in 1974 with the original Lead James Meyers and four new members. 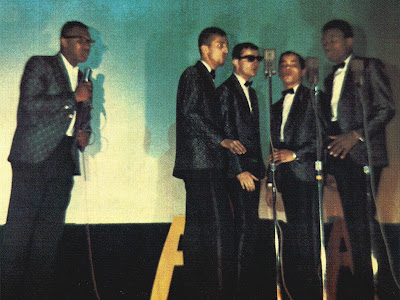 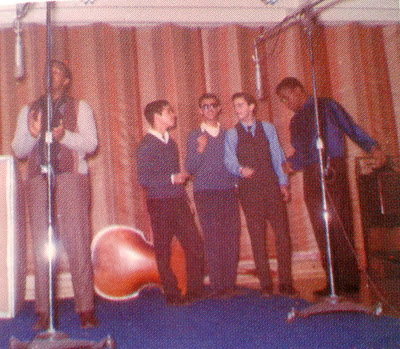 still alive and well!!
and still singing , love for doo wop acappella stronger than ever

Correction,There were two Latinos one Greek and Two African Americans! Your Fiend and Mine.Willie Ramirez-Puerto Rican,I am not sure about Tommy I never asked! See Ya!

Rafael ... thanks so much for your correction about the ethnic aspect of your fabulous group! Ted Ziffer w/moustache in your 1960's pics appears to be most Greek-looking dude ... is he? I too sang with racially and ethnically mixed quintet, The Sinclairs, who were/are Puerto Rican/Jewish white, 2 African-Americans, Lebanese-American and one Puerto Rican. Three of us are still alive and looking for others to hook up with to sing again in Washington Heights.

This Is Willie of The Chessmen..Correction was needed.I am in Tx. Now also Arthur Crank is here also.James Myers is in S.Carolina and Ted Ziffer is in New Jersey.Tommy Reyes is MIA,sad no one has a clue, wish wr could find him.Great baritone he was.We had someone cover for him in our 2006 reunion,check it out on the tube.Also checkout the James Myers Quintet that Stardust is Killer.Later dude.

Ted is the Greek.