THE MYSTERY QUARTETTE_Go Tell Your Troubles 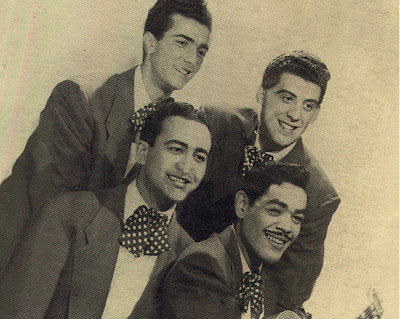 Early interracial group formed in 1948 in the fourth and Cambria streets of Philadelphia.in these time they and The Mariners(see in this blog) were the only vocal group that singing as an integrated group.they are managed by Dave Miller and the group members consisted of; 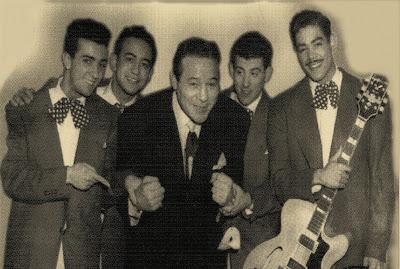 In spring of 1950 they recorded in Essex Records the answer song to_Daddy's Little Girl._Mommy's Boy. and the B side_Don't Cry Darling.The single have a nice acceptacion in Philadelphia and moved the group to New York City in April of 1950 where they have life perfomances at numerous clubs and theatres.in this city the group signed with Williams Morris agency for representacion and publicity.

In Sptember of 1950 Essex Records released the single_Go Tell Your Troubles (To Somebody Else)/Pretty Baby.but with little promotion the record death soon . 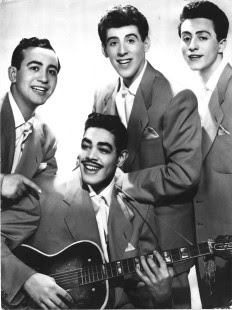 The group remained a working entity til early 1951 when they broke up.
Ricky and Robby recorded with The Mel-O-Dots in March of 1951 for Apollo Records and were part of The Brown Dots on Manor Records.Frank never recorded again but he inspired the fledglingg Ecstases who recorded_Lucky Old Sun.for Amy Records in 1962.
_I Need Someone.is one know unreleased tune of the group.

For more infomation about this group visit;http://www.vocalgroupharmony.com/MystQt.htm
Posted by Whitedoowopcollector at 4:43 AM