VITO & THE SALUTATIONS_I Look At The Moon 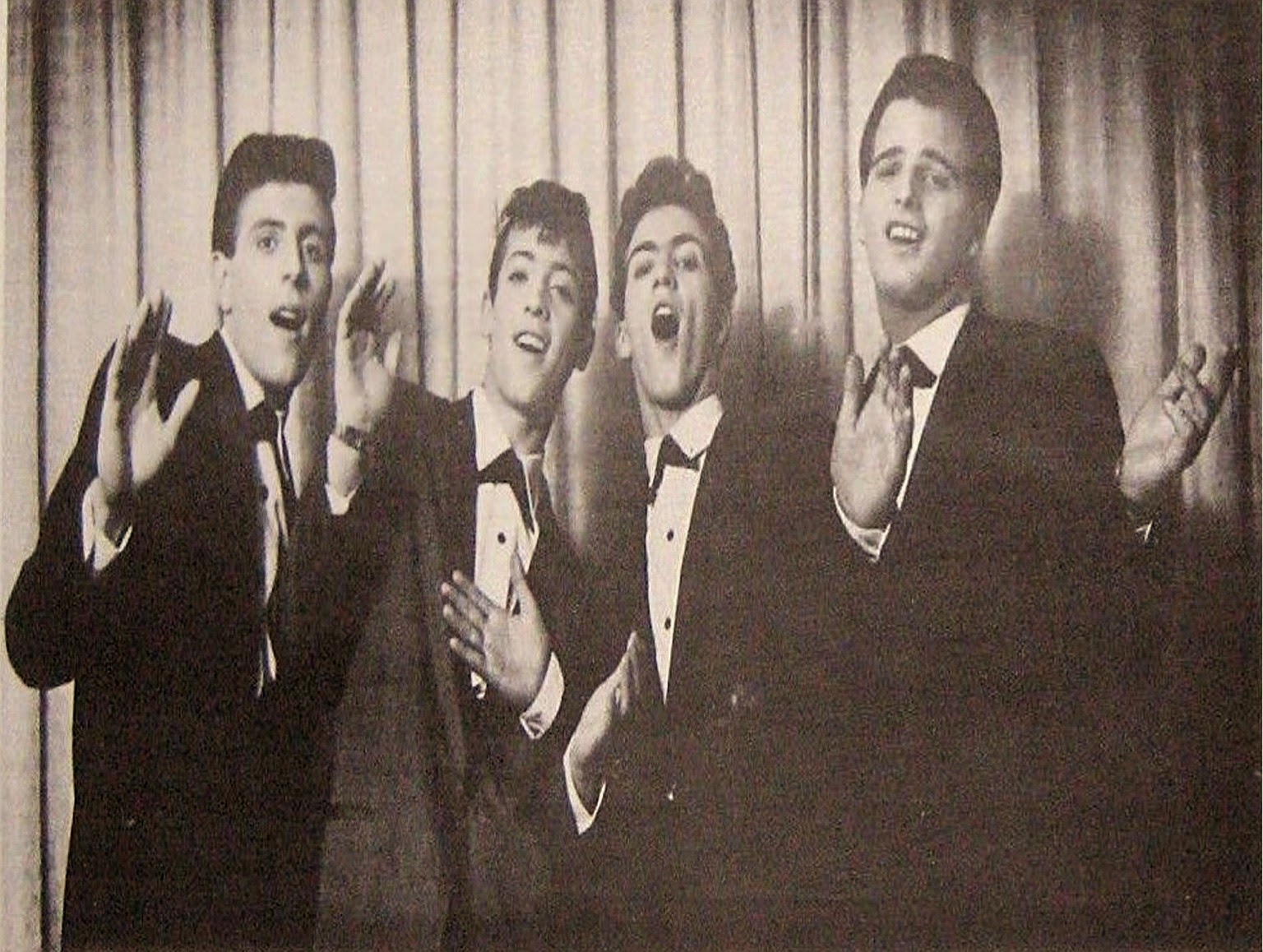 1961 in Brooklyn,Barry Solomo and Bob Depallo have a vocal group they auditioned for Frank Cari of Sultan Records but without can obtaining any contract they broke up soon. 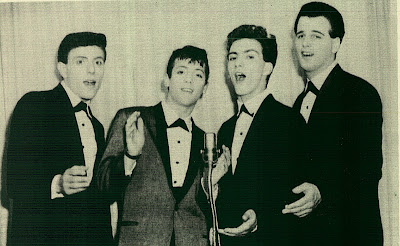 Barry and Bob returned soon to the vocal group scene with Vito Balsamo and Bobby Mitchell under the group name of Vito & The Salutations they signed Dave Rick as manager and The Salutations went into the studio in December 1961 and recorded several sides_Dreaming/I Look At The Moon/Let's Untwist The Twist/Keep A Light In The Window. and The Cadillac's classic_Gloria.


Dave Rick send the demos to Jerry Roth of Rayna Records and this released in 1962_Gloria/ Let's Untwist The twist.

_Gloria. was a local hit but Rayna give a poor distribution to the recording and Bob and Barry annoyed with the music industry left the group.
Vito & The Salutations continued to exist with many personal changes Vito Balsamo,John Verona,Ray Rusell(later of The Posessions,see in this blog),Shelly Buchansky sang together after of the first Salutation's recording on Rayna Records but the formation who remained together the longest were Vito Balsamo(lead and Baritone),Randy Silverman(Lead and 1st tenor),Shelly Buchansky(1st and 2nd Tenor),Lenny Citrin(Bass and Baritone) and Frankie Fox(Bass and Baritone). 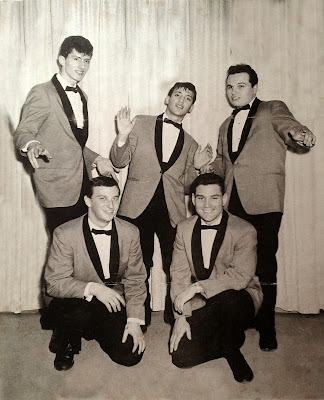 The next recording of the group was on Kram Records with The Heartbeat's tune_Your Way. with the B side_Hey Hey Baby.

Without success the group moved to Herald Records and recorded in 1963 their only hit_Unchained Melody. this classic tune done in uptempo charted #66 in the Billboard List. (the group also recorded a slow version).

The group worked in a similar style on the follow-up release for Herald_Extraordinary Girl. in the early 1964 but without success with this side the group moved to Wells Records where recorded two singles. 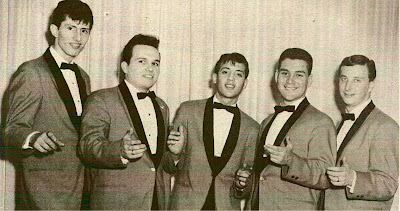 With the british invasion the group recorded with a modern sound for Apt,Boom,Red Boy and finally in 1966 in Rust Records with a decent doo wop side_Hello Dolly.

By 1965 the group was broke up and back in 1971 to perform in the oldies revival circuit. 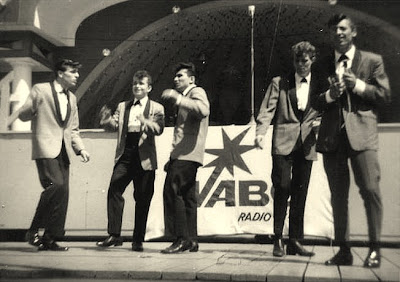 Vito & The Salutations life perfomance at Palisades Park May 27,1962.

Acappella demos of the group were_Zoom/My Hero/Peace Of Mind. or Dear Lord. and Unreleased sides from their early recording session were_Be My Girlfriend/Over The Rainbow/So Much. or_I Look At The Moon. recorded by the original group. 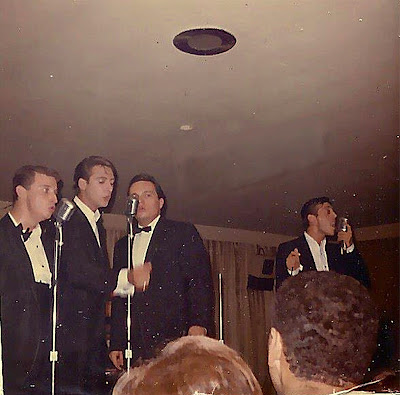 Vito and the Salutations' versions of Gloria and Dear Lord are impeccable. What a blend of voices! Who sang lead on Dear Lord?