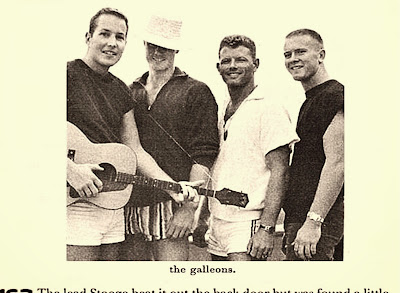 In the labor day of 1958 on the Catalina Island in San Francisco five friends; Robert Cotterell,Merlyn Nelson,Lew Parsons Jr. and Joe Sershan started singing together for fun and as liked their sound decided form a vocal group in their university. 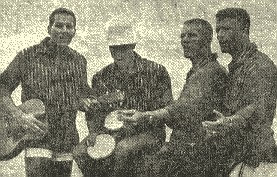 Ruth Stratchbomeo discover the group during a perfomance in one UCLA sprig sing event and became their manager, this send the guys to Art Laboe of Original Sound Records where recorded two songs with Jackie Kelso’s band_I Played The Fool(Written By Cotterell,Nelson and Parsons Jr. But later Stratchbomeo add his name)/Pick up(writters as A Side).

ANYONE HAVE THESE TWO SIDES???.

Finally the sides were released in 1959 on the Pasadena Vita label. Without success the guys graduate and the group disbanded, Cotterell started his christian label,Sonrise Records as well as Buillt Creative Sound, a CD duplication company.
Posted by Whitedoowopcollector at 8:10 AM