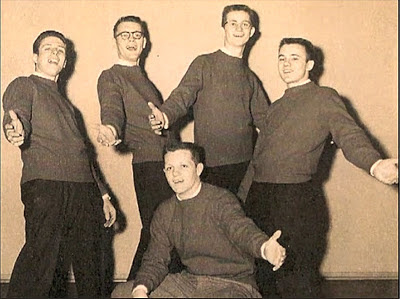 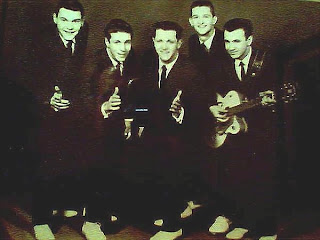 The Crewnecks released two records under the Rhapsody and Apex (Canada) labels. The first in 1959_ I'll Never Forget You/Crewnecks And Khakis. the A side was a major hit in eastern Pennsylvania and a number of other areas.

The second in 1960 Rockin' Zombie/When I First Fall In Love. the A side is still popular as a Halloween novelty song. The group left college in 1959 to go on a promotional tour with their records appearing on national television on the Alan Freed and Rate the Record shows as well as numerous other local TV shows throughout the East.

The group have unreleased sides as_Miracles.

They also appeared on several of Dick Clark's touring shows with such stars as Al Martino, Frankie Avalon, Fabian, Bobby Darin, and others. 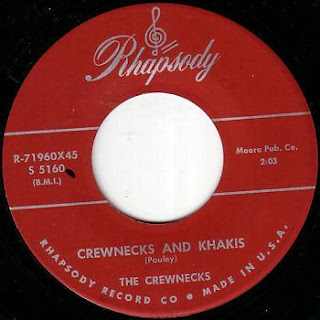 Their main focus, however, was on their very polished night club act which they performed throughout the Eastern United States and Canada, including in the Catskill Mountains and La Faisan Bleu in Montreal. The group disbanded in 1961 due to military service commitments.

I have a copy of this in mint condition. I think it's a pretty good song!!