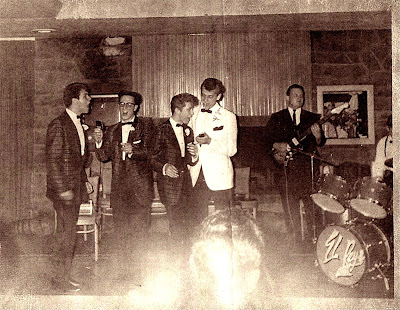 Band from Pittsburgh formed in 1961 at the Bishop Canevin High School by Stanley”Stush”Bogdan(Lead),Charles”Chuck” Black,Tim Eyermann,Randy Riddle,Rick Jablonski and Bill Marszalek. With the help of sister Maria Goretti and father Armand they play and singing in various school dances under the name of The El-Reys(spanish for,The Kings).

Encouraged by their success at Canevin they signed local Disc Jockey Jack Schieffer as their manager who send the guys to many five perfomances,in one of these talent shows at a record hop at the Cio Hall in Aliquippa,Augie Bernardo of Ideal Record liked the band and signed to record contract. 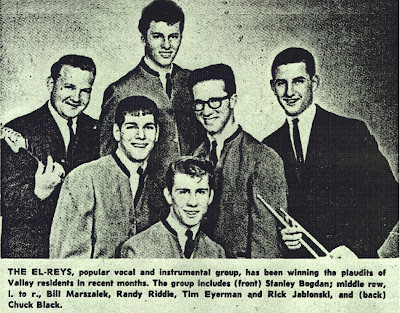 In April 1964 the label released_Rocket Of Love/Diamonds And Pearls. (The A Side was written by the group) .

Followed in 1965 by the sides_Beverly/Angalie. These four sides combine the old vocal doo wop sound with a modern instrumentacion.

The band continue in the music bussines as an american answer to The Beatles(They opened for the 1964 Rolling Stones at the famous West View Danceland) but the service in the Vietnam war of some of the members of the band put the end to the music career of the band.

Complete information and pictures at;http://www.el-reys.com/history/
Posted by Whitedoowopcollector at 2:52 AM