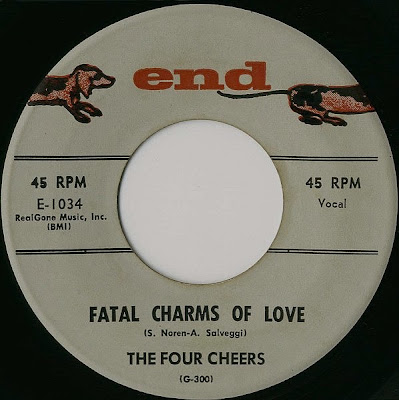 Group from the Pelham Bay section of the Bronx formed in 1956 as The Solidtones by Tony Salveggi(Lead),Pete Ortiz aka Ortel(Bass),Angelo Ferrara(Baritone) and Sammy Dolson(Tenor),in 1958 Sammy leave the group and was replaced by Ralph Natelli.

The guys recorded some demos as_Tears in My Heart,Holly,It's The Talk of The Town,Fatal Charms of Love. And back up to Tony’s brother Frankie Sal on a demo song_Madness.

Also participe in a live show as back up group of thirteen year old singer Terri Dean(real name Gelsa Paladino who later recorded for Laurie,Madison and Laurel Records) after this show Ralph leave the group.

Below The Solidtones with Terri Dean. 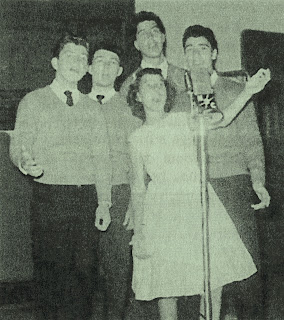 In the spring of 1958 Tommy Salera joined as their new tenor,the group signed Sheldon Noren as their manager who introduced the group to George Goldner of Gone Records who signed the group and send in May,1958 to a recording session at Bell Sound Studios on Eight Avenue and West 54th Street in Manhattan. 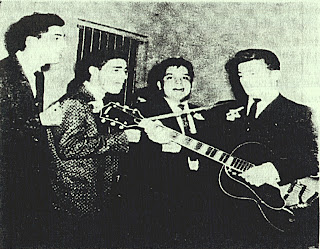 In September 1958 the George's subsidiary label End Records released the two first sides under the group name of The Four Cheers.In the_Fatal Charms Of Love. Side, Lois Harris Powell of The Chantels singing a first soprano voice.

The recording was very popular in the NYC area and the group appeared on a Dick Clark Show prepare a tour with Anthony & The Imperials but by a feud of their manager with George Goldner the label lost the interest in the group and this never recorded again.