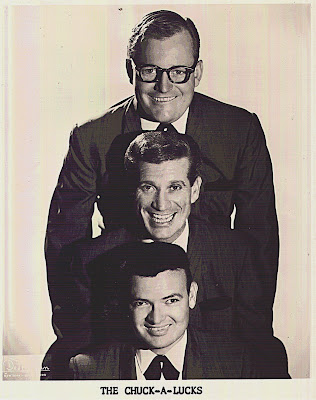 The Chuck-A-Lucks were a trio present in the doo wop guides formed by Adrian McClish (aka Adrian Keith) and Reuben Noel, who had been childhood friends, and Jim Bob Nance. They first started singing together at Amarillo College immediately after World War II, and then moved to Denton, TX, where the three of them enrolled in North Texas State College. They were known as the Dipsy Doodlers for a time, and turned semi-professional after becoming popular on the North Texas State campus. By 1950, Nance had been replaced by Charlie Dickerson, a comedian and college football star. 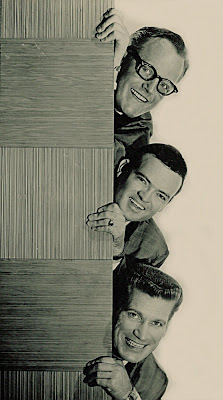 The group split up for a time after all three graduated, and Noel and Dickerson were drafted and served in Korea. By 1953, the trio were all back in civilian life and back together, but were forced to give up the name Dipsy Doodlers, owing to the large number of other acts using it by then. They chose the Chuck-A-Lucks, and they began working around Texas and building a following for their mix of vocalizing and comedy, which made them very popular. The trio was working the area around Ft. Worth when they were discovered by Joe Leonard and signed to his Lin Records label out of Gainesville, TX. Their recording career was relatively brief, consisting of a year of so of intermittent sessions, backed by a band that included Tom Gwin on drums, Tom Loy on trumpet, Dick Cole on the trombone, and Suzie McCune supporting them on vocals. 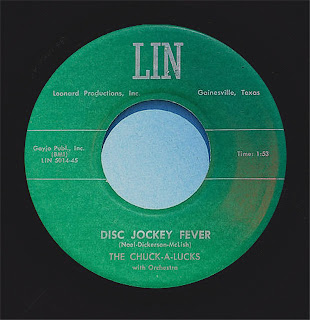 A year later, in March of 1958, the trio recorded one single on the Lin label_ Who Am I/The Devil’s Train. Without any  success followed by one outstanding piece of rock & roll, written by Charlie Dickerson _Disc Jockey Fever (b/w The Magic Of first Love) was a hot boogie number, highlighted by J.B. Brinkley's lead guitar and Jodie Lyons's burning sax. It's considered a great piece of rockabilly music, as well as an outstanding example of nightclub rock & roll 40 years later, but somehow it never made the cut or any chart in 1958.

The group left Lin after the failure of _Disc Jockey Fever, and subsequently signed with Jubilee Records where recorded one single in 1961_Tarzan’s Date/Unconditional Surrender.

The Chuck-A-Lucks recorded for Mel-O-Dy Records in 1963(not present in the doo wop guides) and eventually evolved into a duo after Noel left, and kept working a very lucrative string of gigs in clubs throughout the United States right up through 1972.