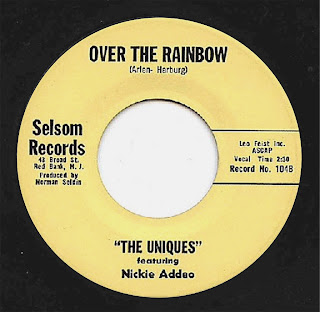 In 1956 Ron Coleman with Raymond Nolan, Michael Carmage and Alan Thompson formed a vocal group in the Neptune high school in Asbury Park,NJ. After their graduation Leon Trent joined as Lead Singer and the group now were know as The Trennlos.

In 1963 the group know as The Zircons consisted of Ron Coleman,Mike Carmage,Ray Morris,Joe Mayor and Lead singer Billy Brown singing in the west side clubs on Springwood avenue. 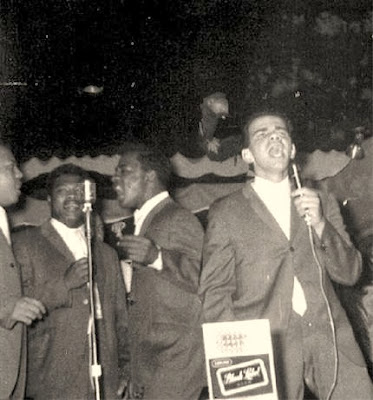 Above;The Uniques with Nicky Addeo on lead singing in Keansburg.

In 1964 Norman Seldin from Selsom Records want to record to the group and contacted with Ron but in this time only he and Ray continue in the music bussines they call again to Leon Trent and recruited to one white guy Nicky Addeo from The Darchaes (see in this blog).when they practice with some songs Norman suggested they need a bass singer,Nicky recommended they add Sam Sicilliano also from The Darchaes. In the Broadway studios in NYC recorded in a day-long recording session the sides Lead both by Nicky _Fool Number Two/Over The Rainbow. without success the group singing together for a brief time.

Nicky back with The Darchaes and Ron,Leon and Morris with Leon Trent (he back to the group) continue as The Uniques by abrief time and in 1966 recorded as The Broadways in MGM Records.