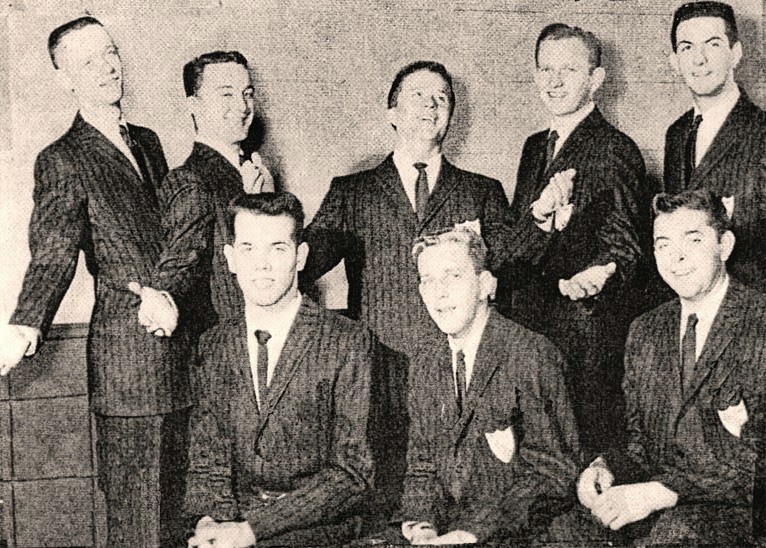 The Gates were formed in 1957-1958 at Wingate College (Wingate, N.C) winning a major contest at OVENS Auditorium in Charlotte in Feb 1958 with 2800 in attendance. This win led a recording contract for two records for Peach Records of Jefferson owned by Slim Williamson. The Gates recording the four sides at Lowery records in Atlanta . Their second single, "Summer Night Love" hit the charts in a number of cities, was #13 in Columbia SC. Six of the original group transferred to the University of Georgia in 1958 (Athens) where They played many frat and sorority gigs with other performances at high schools and clubs.

-Wrapped In Green Made For A Teen  / Letter To Dick Clark. Peach Records-1959. 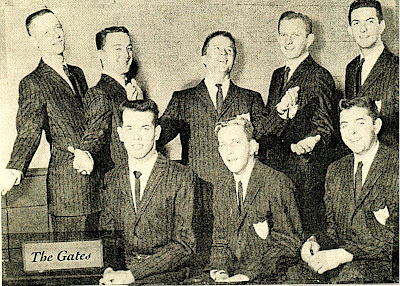 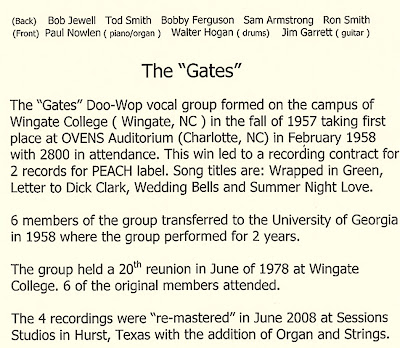 Posted by Whitedoowopcollector at 2:30 PM

Wow! What a great DOO WOP site to publish groups and their songs from the grestest of all m,usic genres - DooWop. The "Gates" thank you for the posting and the air play.

Excellent ... a group I had never heard or heard of before !