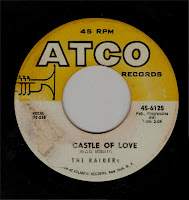 In early 1957 Robert Wahisteeen work as comedian in the Glee club in the Bedford, Stuquesant secction of Brooklyn, when one group of the show, The Romans lost their first tenor, Robert joined the group as new tenor.

They moved to New York’s famous brill building and contacted with Roy Hamilton who send the group to Gale Records where recorded several demos_Castle Of Love/Well Baby/School Me In The Art Of Love/Mr.Conductor/The Night She Were Pink... Roy present the demos to Al Lewisand and Don Kirskner who liked the songs and signed as their managers.

Al and Don change the group name to The Dovers and send this to Atco Records where with the help of Bobby Darin recorded in 1957 the sides_Raiders From Outer Space/Castle Of Love. Under the group name of THE RAIDERS (A side is a takeoff on_Stranded In The Jungle. Lead by Al Hardey. B Side is Lead by Willie).

Without success and with the Atco label dedicated ( money and promotion) to the Darin’s recordings the group led out, also in this time Leroy and Willie left the group. Frank Feliciano joined as new member, now The Raiders have two white and two black members. Robert’s brother Hert Wahlsteen signed as their new manager and moved the group to Decca’s Brunswick label who recorded the guys in 1958_Walkin Through The Jungle7My Steady Girl.

Again without any success the group members disgusted broke up soon. Robert put a new group in New Jersey, The Enchanters signed with ABC Records where recorded some demos but none were released as a single.

Below Rare Raider's acetate with the sides_Castle Of Love/School Me In The Art Of Love. 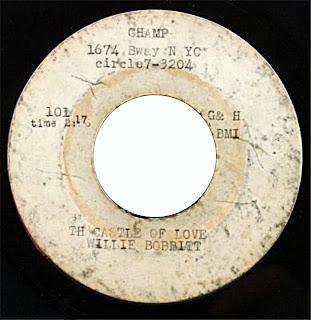