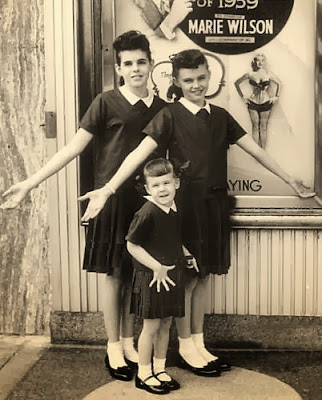 The G Notes were three sisters, 12 year old Linda, 10 year old Nancy, and 3 year old Coleen. Their father, Sam Gino, built a recording studio for them in his home in Thousand Oaks, California. And Ricky Page wife of record productor George Motola discovered these kids while watching them perform on an amateur show and brought them to George's attention. 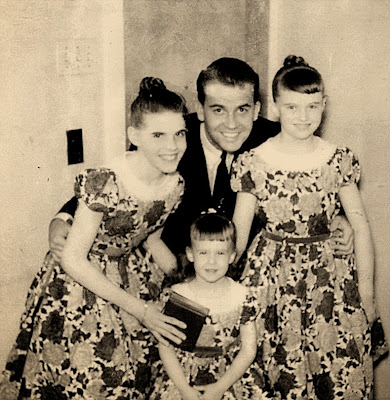 In 1958 the girls recorded under the supervion of George and Ricky (who write the songs)_I Would/Ronnie(My Teenage Dream). finally released in the Motola’s labels Tender/Jackpot Records. these sides have a Eddie Cochran on guitar.

Motola form the black vocal group the Shields (with the solo porpuse to recording the song_You Cheated. originally by The Slades) with Frankie Ervin on Lead and send the G Notes and his wife as back up group to 1959 Ervin’s solo sides on Guyden Records_Believe Me/Why Don’t You Go?. 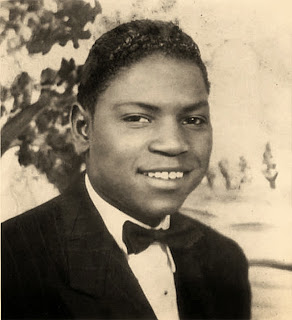 The connection with Guyden Records made in 1959 another G Notes recording in this label_Broken Down Merry-Go-Round/Johnny Johnny Johnny. Also writen by George & Ricky and again with Eddie Cochran(this liked the B Side and recorded this as _Jeanie,Jeanie,Jeanie.)

Followed for one side record on Hart Records owened by Don Pierce as The Gino Sisters_Be My Special Valentine(with Carol Kurman). with the instrumental side_Valentine Rock.(Sides not present in the doo wop guides). 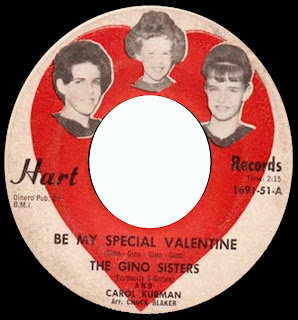 -Gone You’re Gone. By The Gino Sisters appear recently in a CD but their date of release and label is a mistery).

The last recording of the sisters were in late 1959 on the Form label with the sides_If They Only Know/Say You’re Mine. 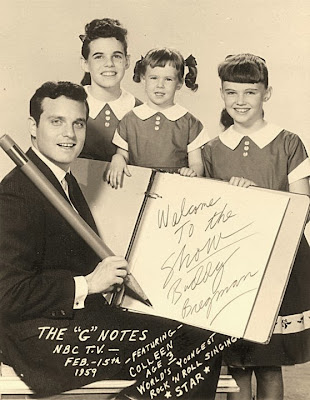 In 1963 Linda and Nancy recorded as Jeff & The Gino’s on Mercury records(see in this blog) and in 1964 were members of the folk group The Youngfolk(see below picture) who recorded for United Artists. 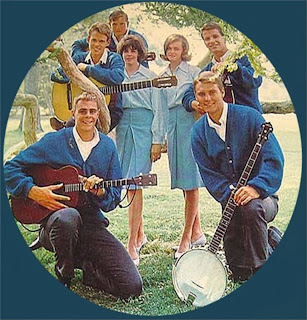 Collen Gino recorded again in the 80’s for Vistone and JDC Records. Actually the collectors assumer that the three girls have some additional  female back up singer, speciality for their sister of 3 years old.
Posted by Whitedoowopcollector at 12:00 AM