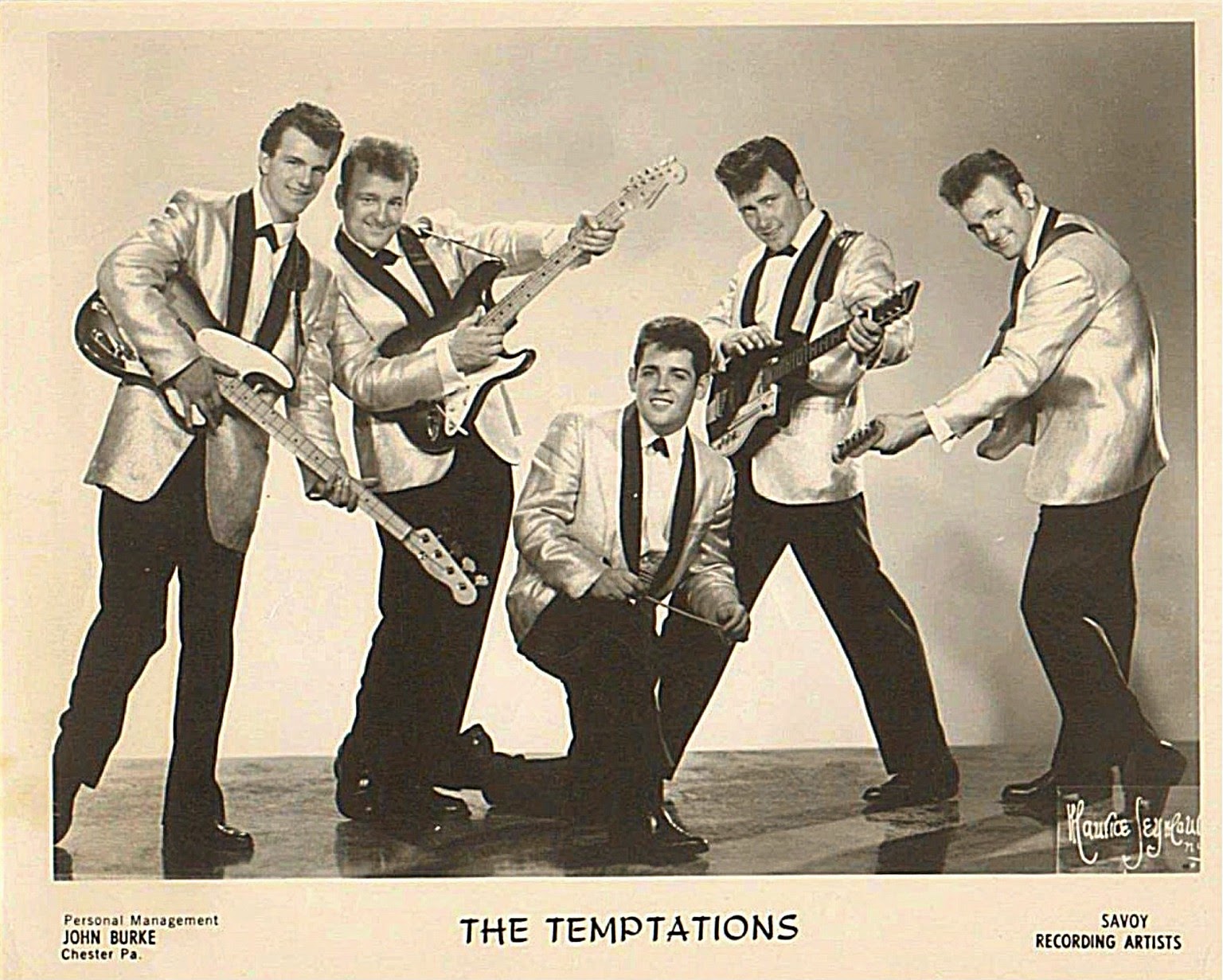 1956 in Bayonne, N:J: Bob,Butch and John Moore along with Billy “Lee” Lubek and Kenny Fackler started the vocal group/band, The Temptations, their name was choose by the Moore brother’s mother when they practicing in his house (they have the first Temptation’s name in the rock & roll era).

Singing in local clubs where receive the attention of Herman Libinsky of Savoy Records who signed the group and in february of 1958 released their sides_Mister Juke Box/Mad At Love. Both with Bob on Lead followed in september of the same year by_I Love You,This I Know/Don’t You Know.(also with Bob on lead), But these white doo wop rock & roll sides were inappropiate for the audience of a gospel and R&B label and the company soon dead the promotion of the disc. 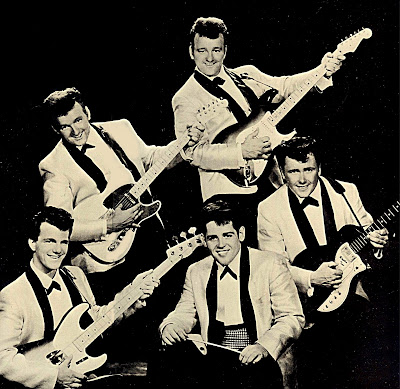 Joe Niagara, philly DJ. Play_Mr. Juke Box. And the group have during 1959 a grand demand for life perfomances in the New Jersey-Philadelphia area. 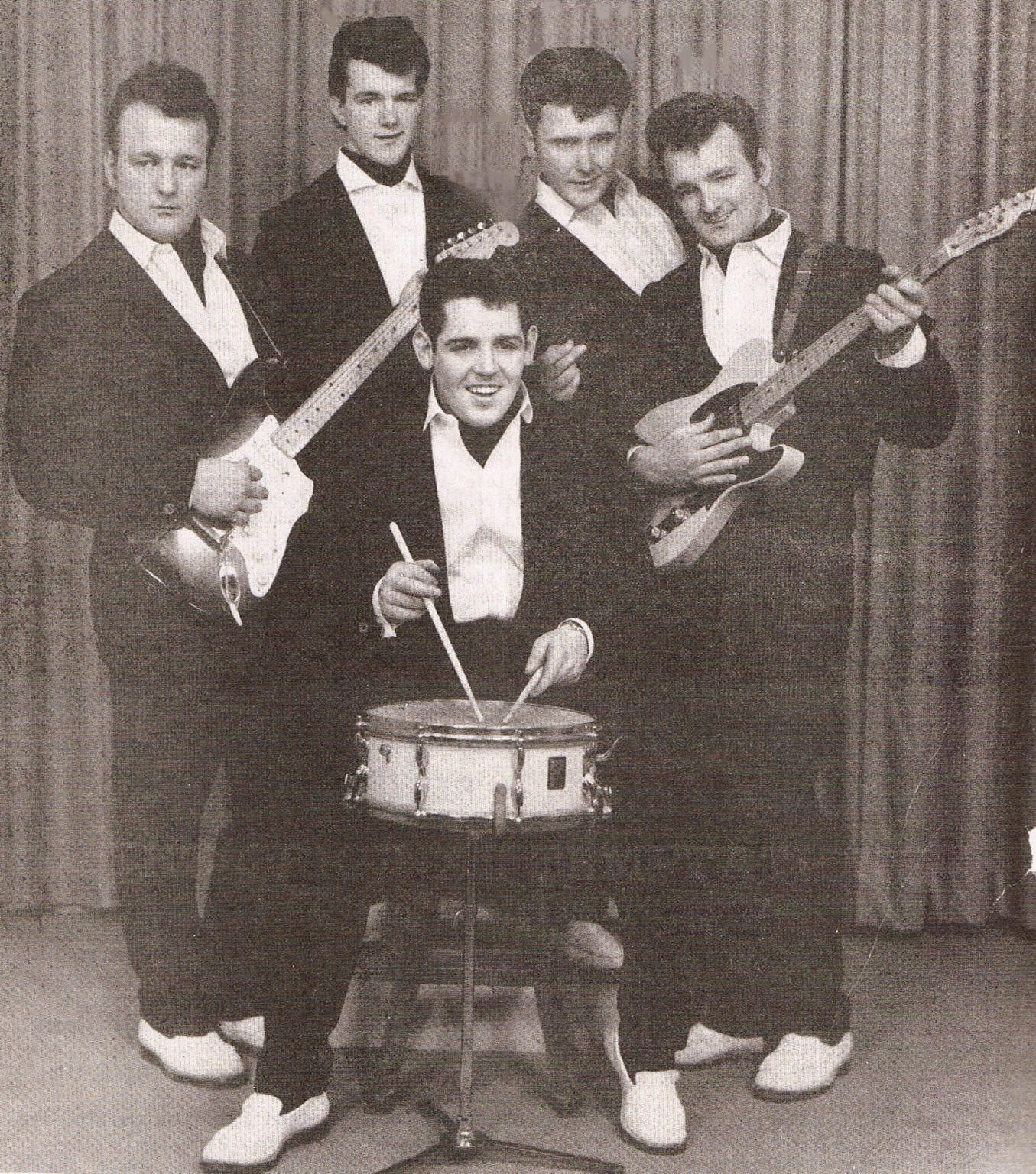 Back row (L to r); Jon,Butch,Kenny and Bob.
Drums; Billy.

Savoy records traspassing the group and the masters of two unreleased sides_Temptation/Pony Tail. to Parkway Records who in March 1959 released the Savoy’s side_Temptation. with a new side tribute a Buddy Holly_Birds’ N Bees. Without any success.

In 1981 the Moore brothers with Joe Sandorio and Budd Leaderman singing again as The Temptations.

Sadly, Butch Moore passed away March 1, 2015. The surviving members of The Temptations are Bob Moore and Billy 'Lee' Lubek.

Cody Brennan & The Temptations (Bayonne NJ) are the same group on Swan records. Billy 'Lee' Lubek had left the group and was replaced by Roy Buchanon for a short time. The original members, Bob, John, and Ted (Butch) Moore plus Kenny Fakler remained.

Were they ever playing clubs in NJ as The Original Temptations? There was a night club called The Crown Point Inn that I believe I worked with them in the mid to late 70's

Yes!! They did play there as The Original Temptations!!