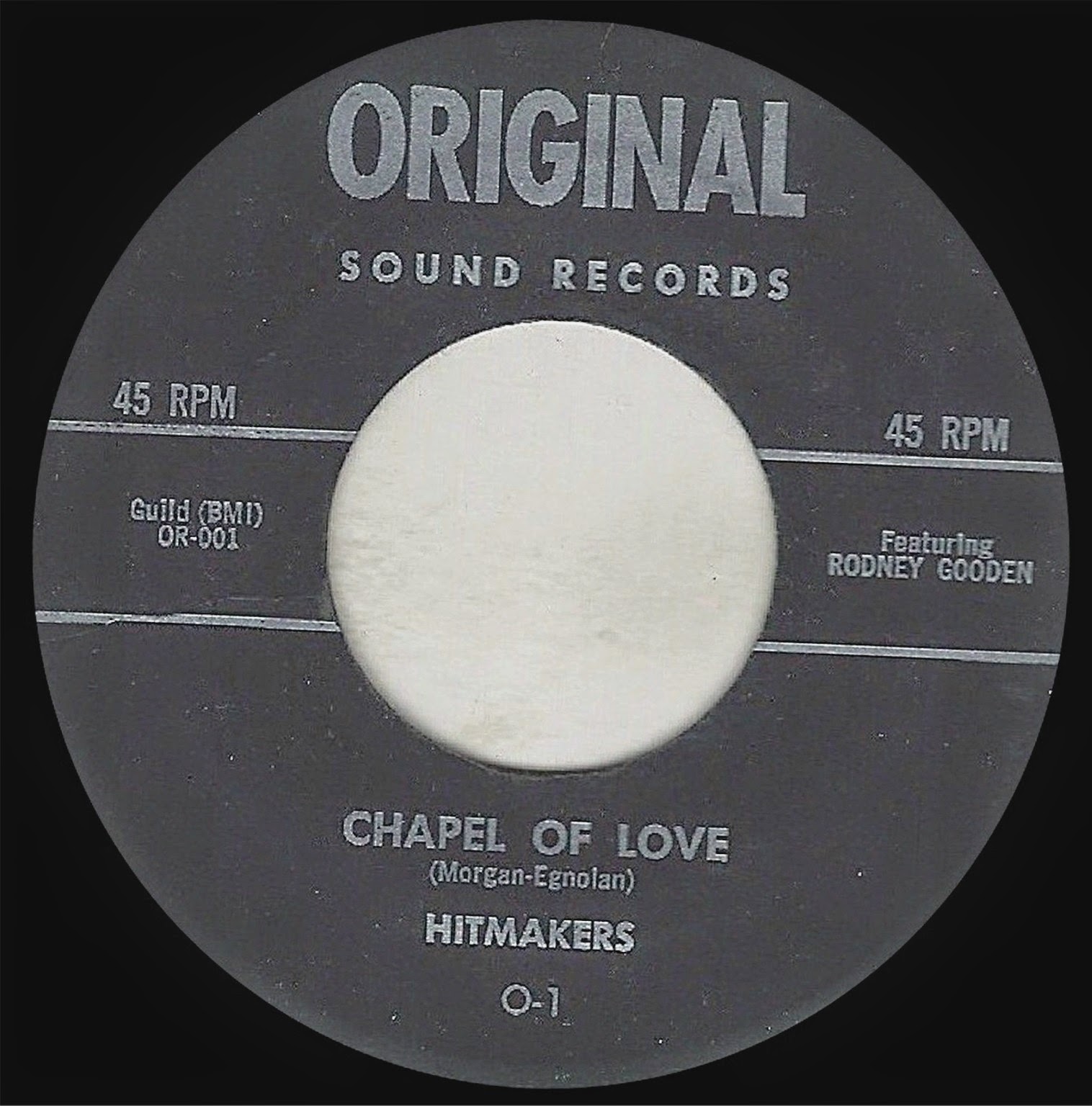 Before their recording session of_Chapel Of Love/Cool School. At the Hite and Dorinda Morgan’s home studio in the Silverlake section of Los Angeles, Brian Wilson was replaced by Rodney Gordon also in the B Side was add the guest voice of Deejay Hunter Hancock.

After of the mentioned record session Rodney left the group.The disc was released in the autumn of 1958 on the Original Sound label and the A Side_Chapel Of Love. have a good locally airplay, the group have life perfomances in Los Angeles area but disbanded soon.

In late 1958 record producer Hite Morgan re-released_Chapel Of love. On Deck Records with a white singer named Bobby Williams and in 1959 again by Don Mikkelson & The T-Birds.