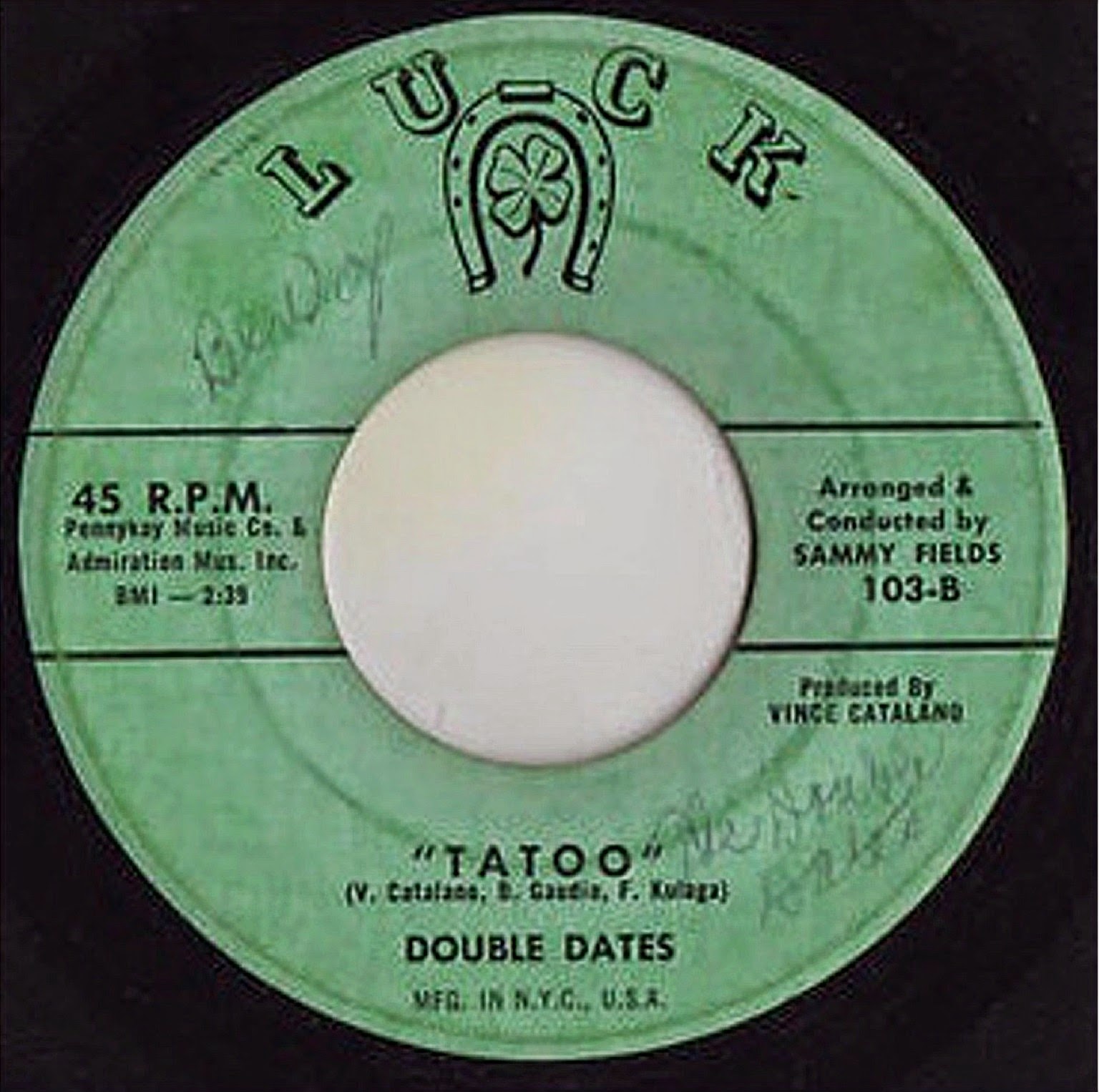 In late 1958 Benedict Franklyn Savage and Thomas Doherty from Long Island, NY have their own band, The Gents, they wrote and play some instrumental tunes but disbanded without made a recording.

Record producer, Vinny Catalano contacted with Ben and Frank to record some demos he wrote, the boys recruited Susan Virginia O’Rourk and Susan Elizabeth Crave and the Double Dates were born.

In July 1959 the group recorded_Tatoo (Ben & Sue O’Rourk on Lead)/I Love You Girl (Thomas & Sue Crave on Lead). Catalano released the sides on Autumn of 1959 on the Luck label, Ben re-write the demos but not receive any credit.

To Listen or Download A Side, please visit; https://app.box.com/s/0iper9itmndjlcvhtgie

The Double Dates have an appearance in a Jersey City, NY show and broke up.

Posted by Whitedoowopcollector at 10:34 AM