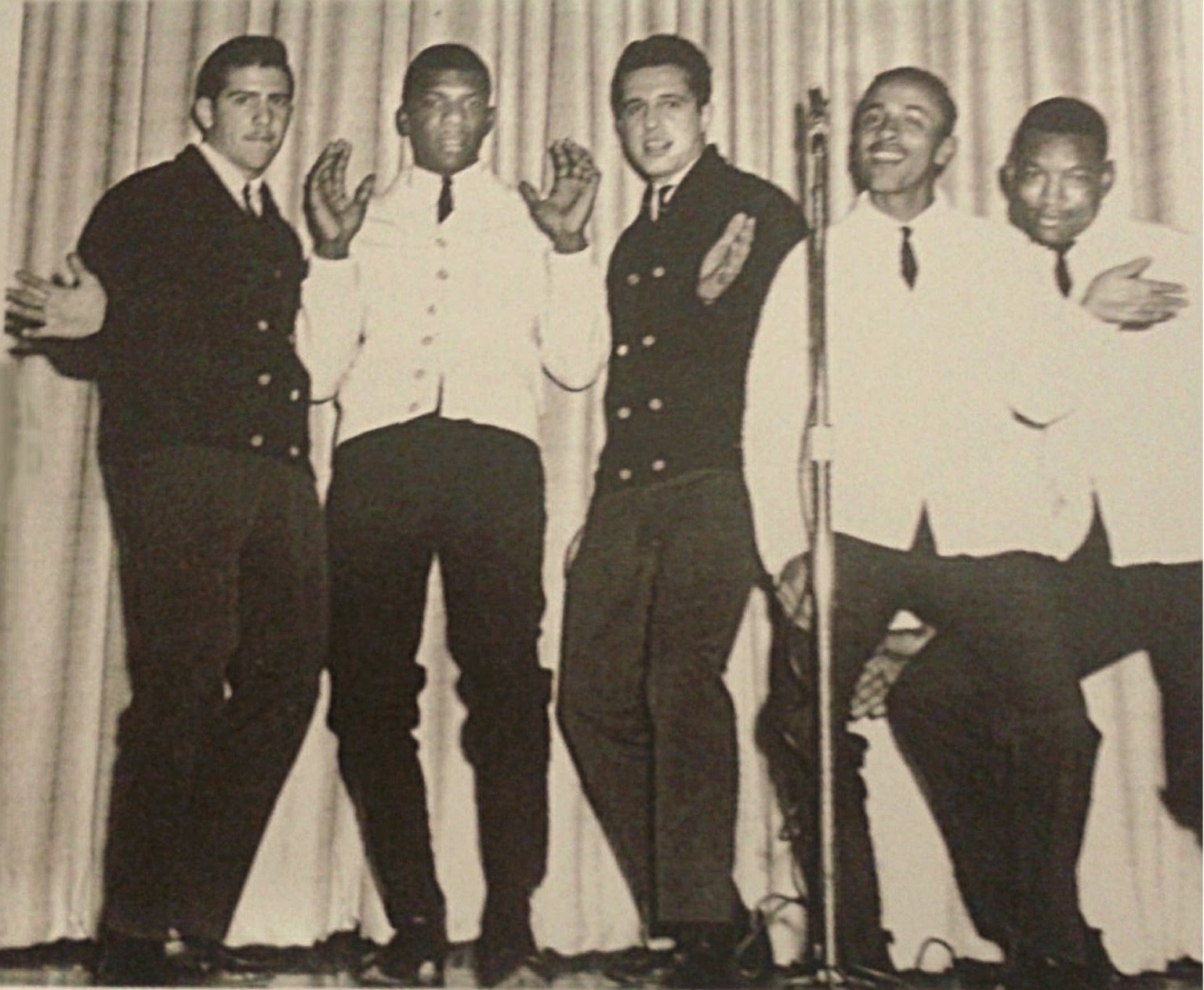 Floyd Ramsey owned Ramsey’s Recording Studio at 3703 N. 7th Street, which he renamed Audio Recorders in late 1957.  He also owned several record labels including Liberty Bell and Ramco, and was a co-owner of Rev.

In August, 8, 1962 backed by the Mike Metko Combo and  produced by the inimitable Jim Musiln,Jr., one of the great characters in Arizona music history, The Vice-roys recorded for Floyd Ramsey the sides_My Heart / I Neer You Love So Bad.  released by Ramco Records in the end of 1962. The label only pressed 300 copies and today this recording is considered very rare with a value in the Kreiter's guide of $1500. 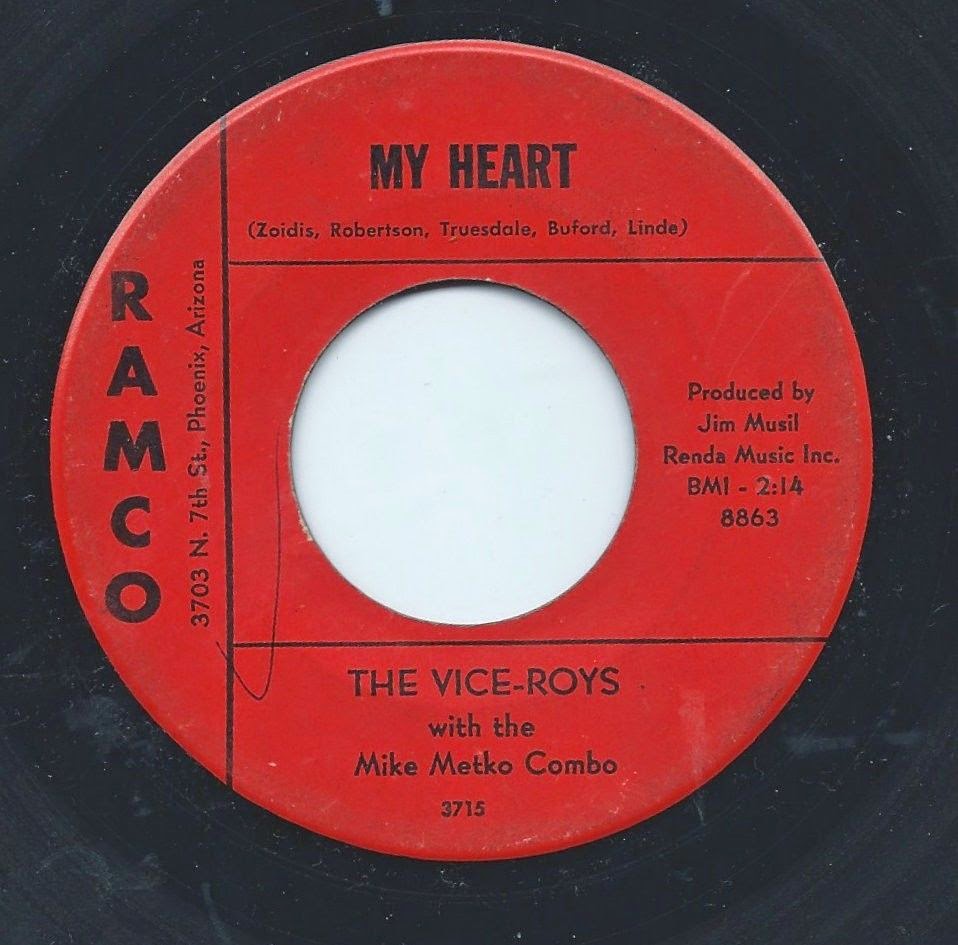 To Listen or Download A Side, please visit; https://app.box.com/s/rfugv8sf92z8xabewk5y

Linde, Zoidis and Buford later recorded for Ramco as Brother Zee & the Decades (see in this blog).

The group have the unreleased sides_Sunday Kind Of Love. and_Yancy.

Posted by Whitedoowopcollector at 1:04 AM