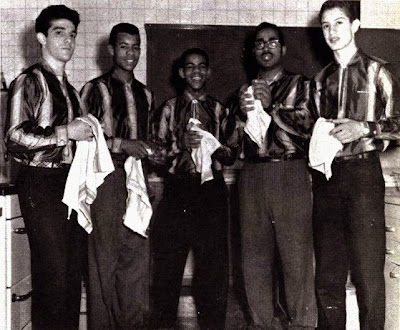 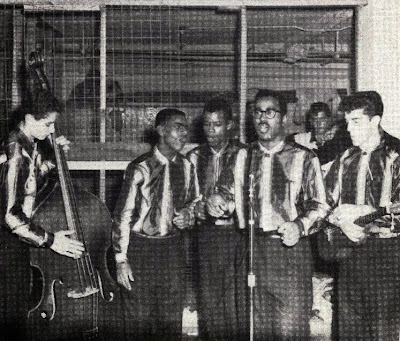 Music teacher, Mrs. Emma Price helped the group to participe in many local shows and then helped them get their first recording in 1958 with the sides_Rock With Me Marie.(written by Joe about a girl he liked) / I Never Told You. sold in the school book store and all of the local record shops in the Montrose and Peekskill, NY area for almost 1 year. 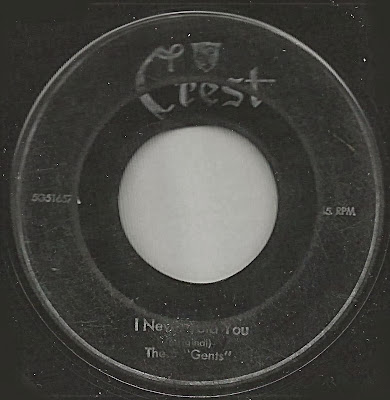 Actually the label is Golden Crest pressed only CREST as a private recording of 2000 copies with the group name of THE 5 "GENTS". 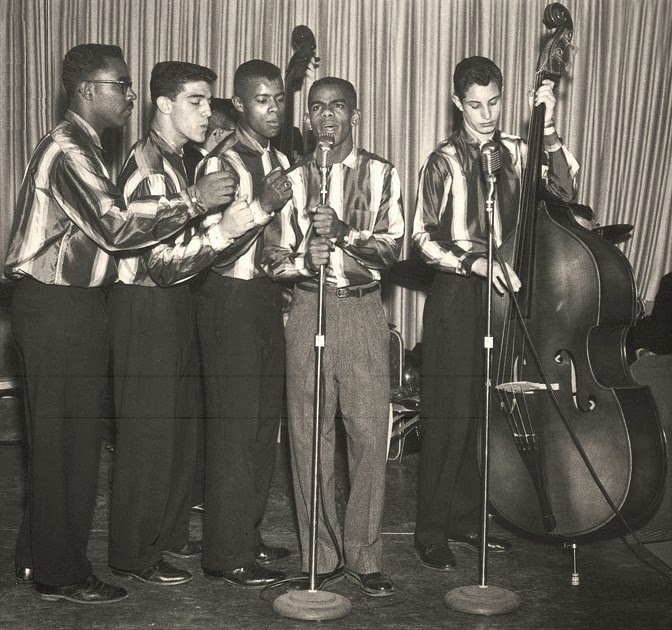 When in 1958 Joe Lamando, Robert (Bob) Bunch, and Donald Dixon graduate and in 1959 James (Jim) Bunch and David Bensky put the end of the group.the group recorded many more songs but the whereabouts of these recordings is unknown.


Posted by Whitedoowopcollector at 3:24 AM