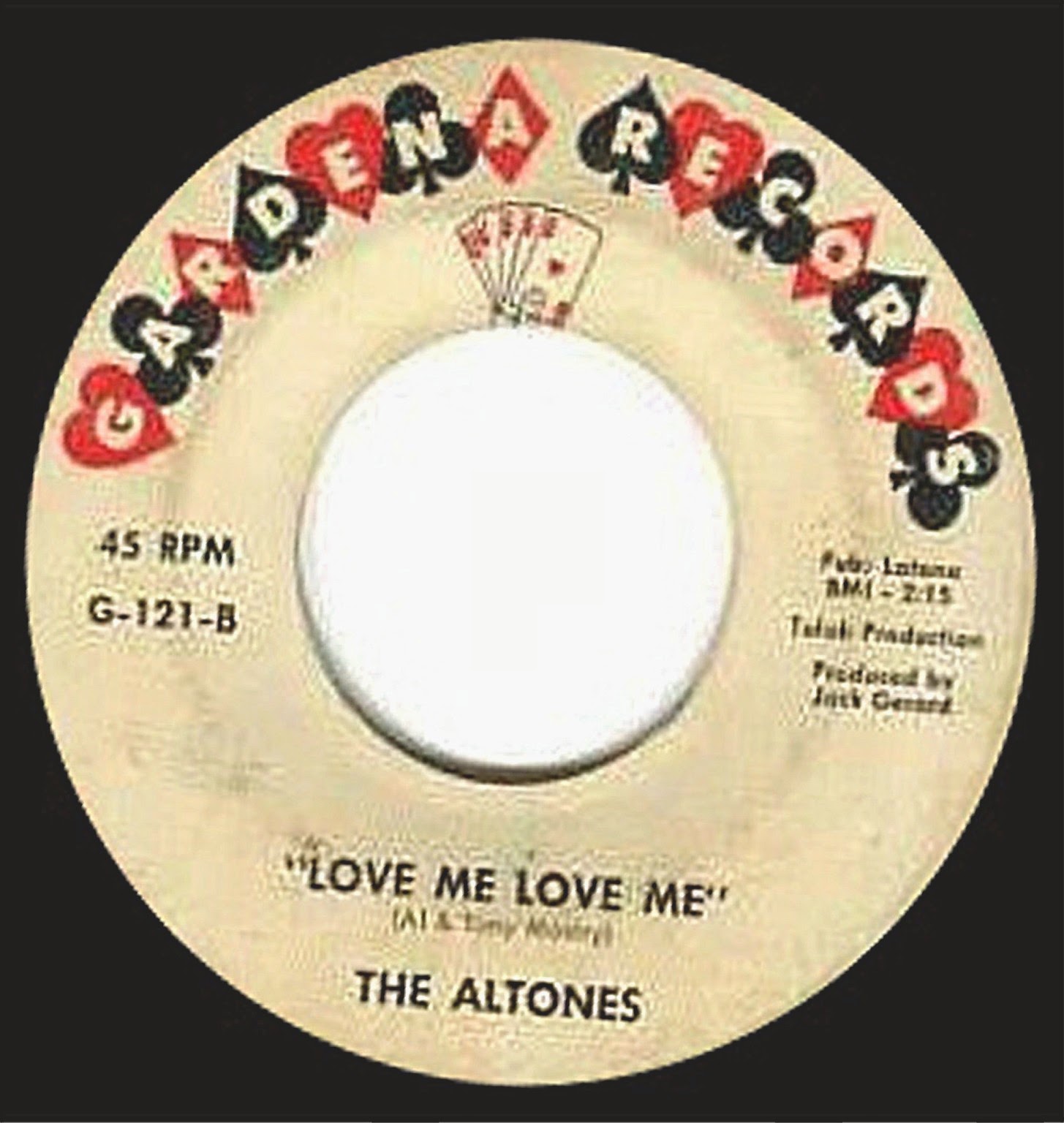 In 1959 brothers Tony and Al Mastry formed in California the duo THE ALTONES (using the first part of their names AL and TONY), Albert  play guitar and vocals and Tony guitar, bass, harmonica, and vocals. but soon they recruited two new musicans, Ray Sharkey ( drums) and Jack Freeman (keyboards).

The  group was managed by Jack Gerard who send the guys to the Gardena record label on southern California where in 1961 recorded the vocal side_Love me, Love Me. with the instrumental side_Cileen. Both wtitten by Tony and Al, in  late pressed copies the label acredited the B side to the Craftsmen. This same year the Los Angeles based label, Archer records, re-released the disc with a different B side_Summer Love. (a vocal group side).

The group have the unreleased sides_Little Girl / I Wonder Why.  Only with a moderate local airplay of their first record and with problems with their name (another group took the same name) they decided change this to the Beverly Hills Painters (Tony was a paint foreman at the Beverly Hills Hotel ) and signed with the Gateway label where in 1962 recorded_Believe Me / Model a Heap. Followeb by the unreleased Gardena sides but with a different tittles_ Five Foot Three / I Know Why. Later re-released on the Me’ Meow label.

Without luck in the charts the group disbanded and Tony & Al continue in the music business as record producers and songwriters. Tony passed away in 1997 and Albert in 2002.

In the Kreiter's book is listed _I Know Why /Little Girl 5'3. by the New Yorkers on Park Ave. records in 1961, these two songs are the same as the Beverly Hills Painters second record on Gateway records. I think the date of this recording (1961) is wrong and that is a re-recording of the 70's. Anyone with information on this matter?.
Posted by Whitedoowopcollector at 12:00 AM