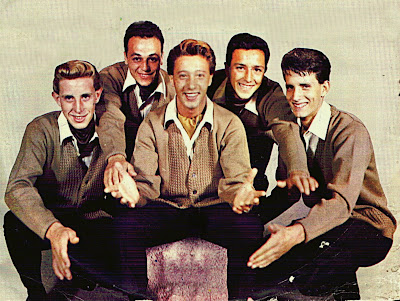 They practice with classic doo wop songs as_Just Two Kinds Of People / Gee / Gloria / I Believe / Til Then. and like local groups as the Four J's, Four Evers or Anthony & The Sophomores. 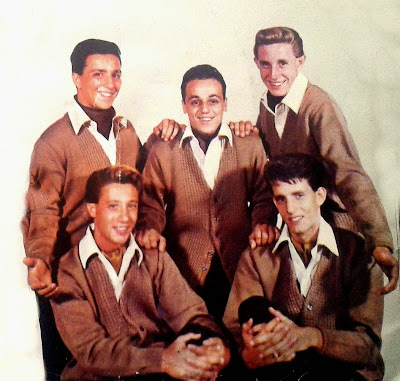 In late 1962 signed James Hoskins as their manager who send the group to George Yahraes who need groups for his new label Springboard records. the group auditioned for Mr. Yahraes who contracted the guys, these moved to the united recording studio where recorded an updated reworking of the Crow's_Gee. with the ballad_Lorraine. Springboard released the sides in spring of 1963 with a color picture sleeve. 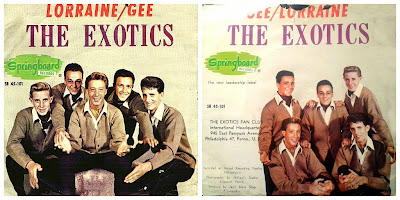 The disc play very well in hands of DJ's as Jerry Blavat, Joe Niagara or Jerry Stevens, the goup have live acts with groups as Vito & The Salutations, The Vespers, The Dreamlovers or Rick & The Masters But the album cover because of their color was too expensive for the teenagers and did not have great sales and lost in oblivion soon.

Posted by Whitedoowopcollector at 1:00 PM