CHIP & THE QUATERTONES and THE INTENTIONS 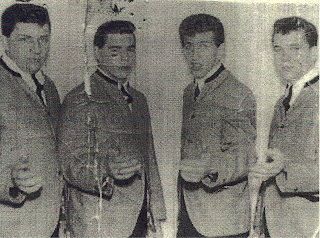 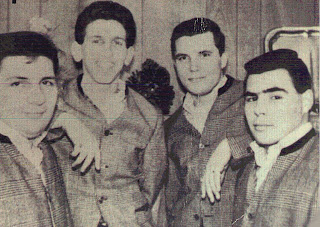 By two years they practice and singing locally when signed Bill Fredericks as their manager who connected the group with LeRoy Lovett a record executive, he liked the guys and send the group in the fall of 1964 at the Sound Plus Studio on Kensington Av. in Philadelphia to cut_Simple Simon / You Were My Baby. finally released on the Carlton label in New York owened by Jack Carlton. For a nule promotion of the disc this only play locally and the group appearing at local hops emceed by Joe Niagara (WIBG) and Ron Joseph's radio show at WEEZ in Chester, PA. 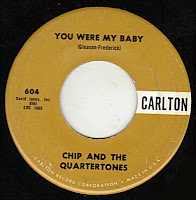 The group have unreleased sides as_She Walked Away . and_He's In Love With Sandra.

In early 1965 the group was invited to perform at intermission of Sunday with the Mummers front 9.000 mummer fans. In the summer of 1965 the Quatertones were broken and Chip and Tony were recruited by Eddie Sachetti (Lead / 1st Tenor), Albert DiPrieto (Baritone) and Charlie Votta (1st Tenor) to sing with their group, The Intentions from Nearby Yeadon, PA. 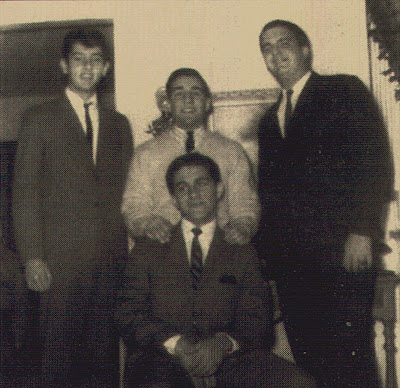 They practice almost every night and finally recorded in 1965 for Melron_I'm In Love With A Go Go Girl / Wonderful Girl. (A side written by Chip for his girlfriend, Arlene). Bill Fredericks moved to Motown as publicist in Detroit and ask to The Intentions to come along but as the disc play very well they refused.

In late 1965 The Intentions were disbanded and Chip, Tony and Charlie matriculated at Cheyney University and never singing again.

In 1988 The Quatertones / Intentions had a 25-year reunion at Stadium Hilton in memory of Wildwood Crest Pier, which was to be torn down.

The Intentions have an acappella practice tape with the songs_So In Love/ Bristol Stomp / This Is My Love /While Walking / This Is Swear / Diamonds & Pearls.