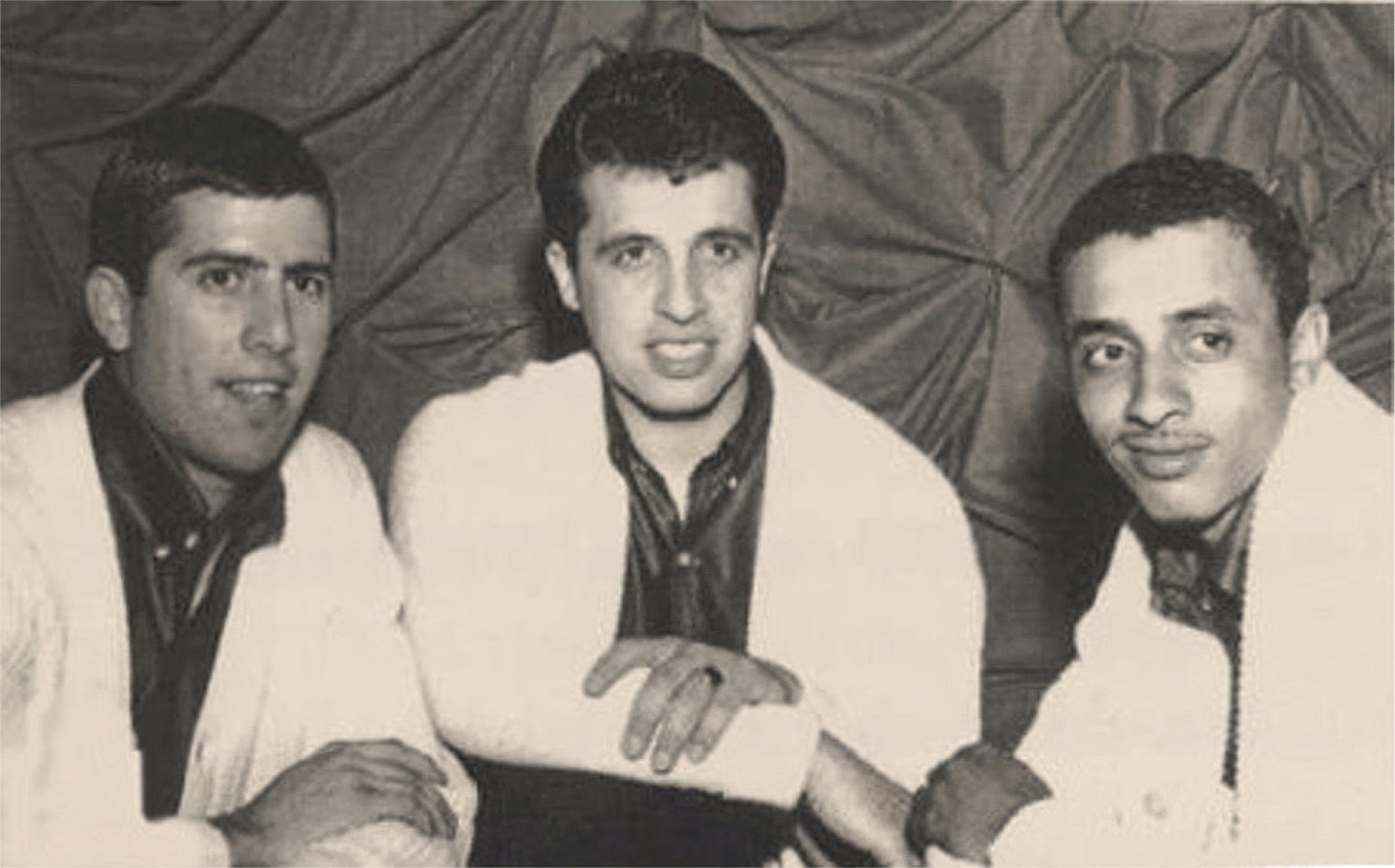 In 1963 three members of The Vice-Roys (see in this blog) on Ramco Records, from L-R on the picture above; Al Linde, Bobby Zoidis and Charles "Pedro" Buford, recorded together for this label as Brother Zee & The Decades.

In 1963, Al Linde, Bob Zoidis and Charles "Pedro" Buford regrouped for another Ramco session as Brother Zee & The Decades. For the June 27, 1963, session, Musil was the producer and once again Metko provided themusical back-up. The A-side was an awesome re-imagination of the Rivingtons' iconic "Papa-Oom-Mow-Mow" and " The Bird's The World" which the group transformed in "Sha Boom Bang". The Sha Boom Bang" acetate got immediate airplay on KRIZ in Phoenix, were it was declared "Champ of The Week" on June 29,1963.  Bob Zoidis soon left music for hair styling and by 1967, Al Linde and Charles "Pedro" Buford had gone hippie in San Francisco and were members of the Salvation Army Bannned, which later recorded as just "Salvation" For ABC records.

Posted by Whitedoowopcollector at 8:21 AM