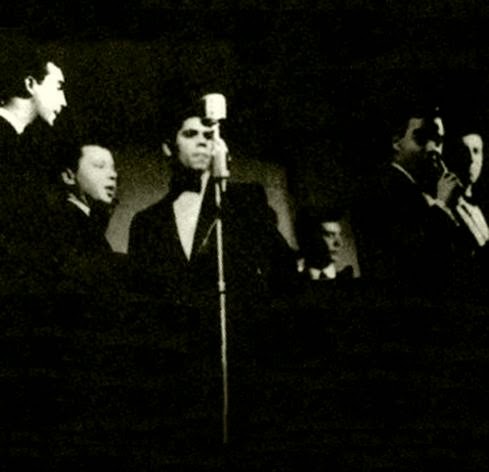 John Martin came up with the name, The Delmonicos. for many years the Fellas sang at local clubs and dances and waited patiently for that big break. finally in 1963 recorded on the Aku label the sides_There They Go / You Can Call .

B Side was very popular in New York - New Jersey - Connecticut áreas.

In 1964 moved to Musictone Records and released _Until You / World's Biggest Fool.

Without success  the Delmonicos were busy playing places like the Copacabana, the Peppermint Lounge, and the Camelot among others. They also worked with Cousin Brucie (New York DJ) at Palisade Park in New Jersey. They Opened for people like Johnny Mathis, The Four seasons, The Duprees and many other artists. Then in 1964 with the British invasion, the Delmonicos retired. 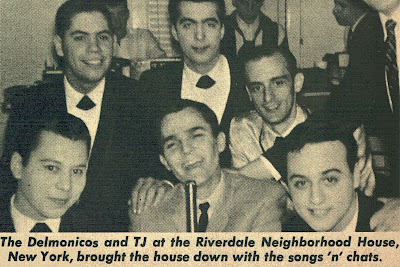 In 1966, Joe Cariati, Victor Rodriguez and new  members recorded a song called _We Can Find Love. on Johnny Nash’s new Joda Label. but never was released. the group now was innactive. 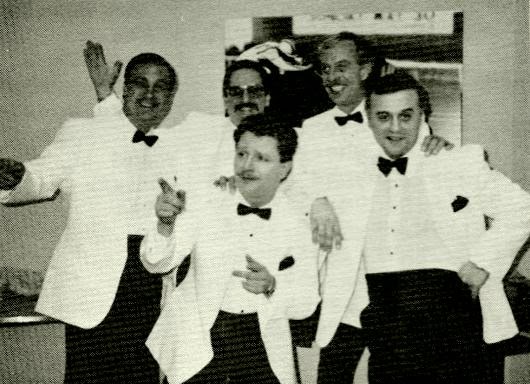 In 1988 The Delmonicos reformed with Cariati(Lead),DiBona(2nd Tenor),Knight(Bass);joined by Manny Giz(1st Tenor) and Bobby"Blue"Castellano(Baritone), they recorded for Clifton Records and have many live perfomances.
Posted by Whitedoowopcollector at 12:00 AM