THE VIDELS_I Passed Your House 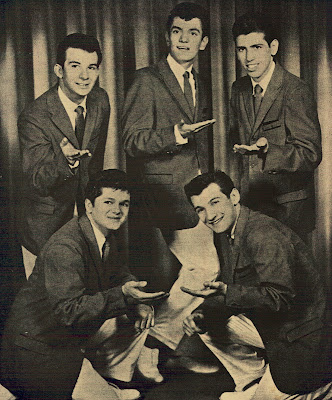 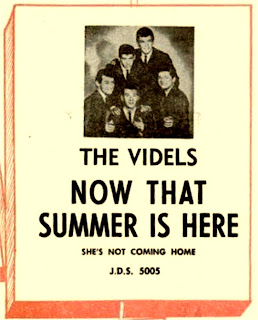 And this same year they have a regional hit with their new release_Now That Summer Is Here. 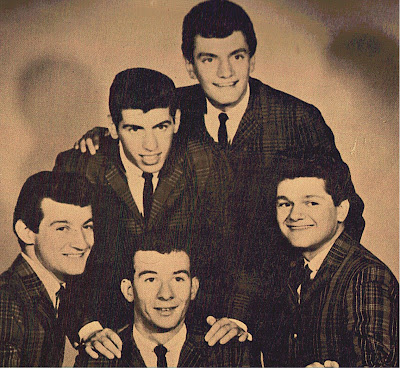 In late 1961 kapp Records released_A Letter From Ann/This Year's Mister New.these sides have to Pete and Vinny overdubbing their voices.

Another recording acredited to The Videls for Musictone in 1963_We Belong Together.Today is a mistery record.

Also in 1963 Norman Marzano and Bobby Calitri with Richard and Joe Mancini of The Corals (see in this blog) orm a Videls group and toured the nation without success (see below picture)... 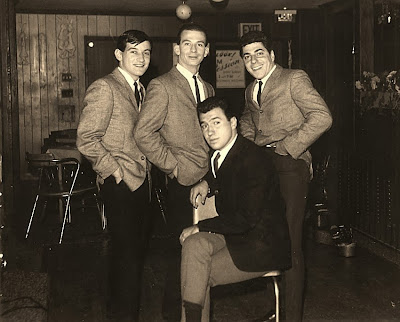 This same year Pete and Vinny recorded_Hand Clappin Time Part 1 & 2.on Big Top Records.in 1964 with a new vocal group The Treasures they recorded The Beatle's tune_Hold Me Tight.and later some singles under their original name of The Trade Winds on Red Bird Records in 1964-65(see in this blog).Also Anders and Poncia, found much greater success during the early '60s as songwriters in association with Phil Spector, co-authoring such future classics by the Ronettes as _Do I Love You?_ and _(The Best Part Of) Breaking Up.

Unreleased sides of The Videls are available in some doo-wop compilations as_I Passed Your House.

In 1980 Crystal Ball Records released a Videls album that mistakenly incluide_Save A Dream.but really this cut is an unreleased Mystics tune. 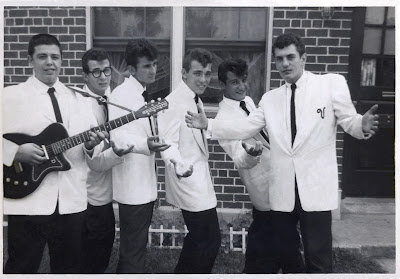 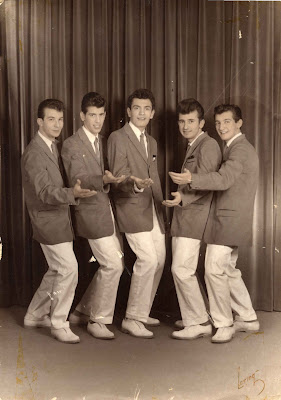 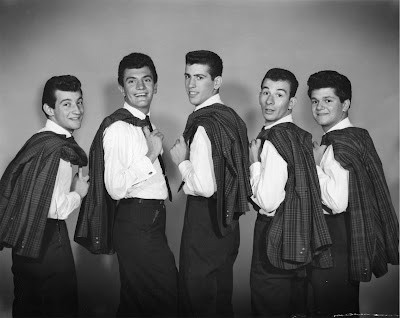