JUNIOR, And His Friends_A.B.C. Love 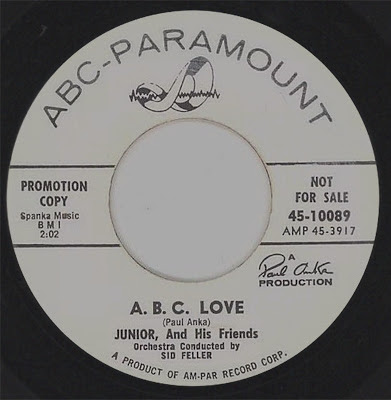 JUNIOR, and His Friends.

But these two songs have a poor doo wop sound.

In 1959 Paul Anka wrote two songs (music and words)_ A.B.C. Love/Who's Our Pet,Annette?. for his younger brother Andy Anka Jr., (10-year-old ) and the songs were released in February 1960 at ABC Paramount with Andy on Lead (as Junior) and a kid chorus. 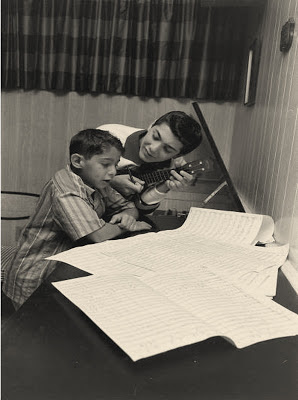 Above Andy and Paul Anka.

Andy got to perform the song live on American Bandstand, in the Dick Clark Saturday Show's on May 7, 1960 with the same Annette Funicello singing O Dio Mio. These were the only songs recorded by Anka’s brother.