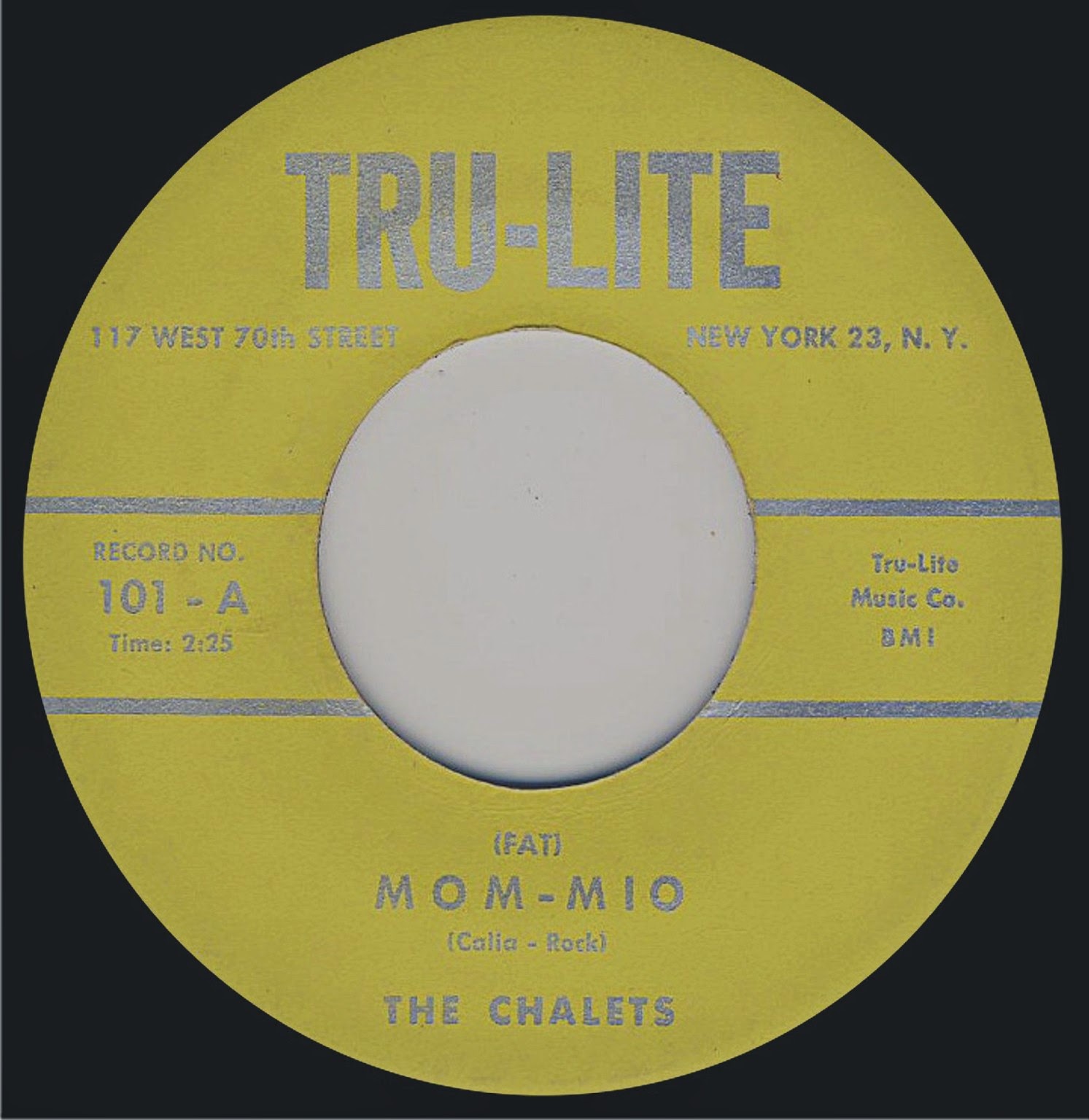 Group formed in 1956 in the corners of the Williamburg section of Brooklyn, N.Y. by Andy Moraglia, Donald Jones, Willie Calia, Phil Rao and Thomas Rock.

They auditioned for ABC Records but the label not signed the group and the guys continue practice and singing occasionally in local clubs.

Without luck with the record companies Willie Calia left  to begin a solo career for MGM Records and Andy Moraglia also left to record with The Blendaires on Tin Pan Alley Records, these changes became The Chalets broke up.

Finally Tru-Lite relesed in 1961 the Chalet’s sides and The B Side have a good airplay locally, the record was reissued in the Dart and Musicnote records with the mentioned side as_Fat-Fat-Fat Mom-Mio-O. and with some variation, an obtrusive saxophone covering up the words "liquor store" in the intro and the end of the song is more short (problably from an alternative take from Tru-Lite Records).

LISTEN... the variation side...

In the 80’s Andy Moraglia reformed the group and this recorded for labels as L.I.R.R.A. or Starlight Records (see, Revival Years section).