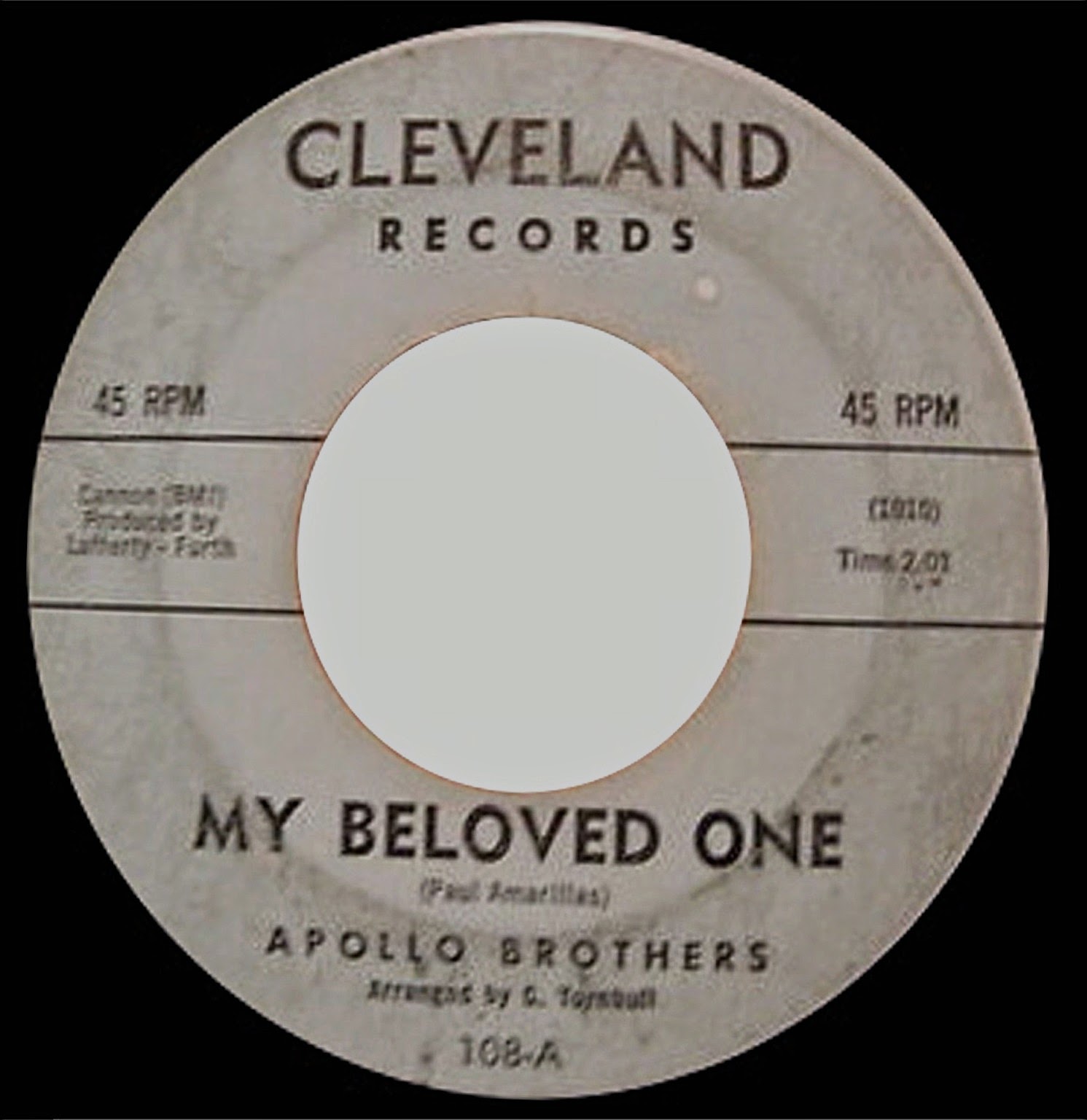 In 1960 Ruben Guevara from  the North Hollywood High School and Paul (Pablo) Amarillas from Bosco High School in Montebello, California with another friend formed in California a vocal trio know as The Vanteens but with the exit of the hispanic duos as The Heartbreakers or the Carlos Brothers, Ruben and Paul became soon the duo know as The Apollo Brothers (name from a car club called, The Appollos).

Signed with Cleveland Records were recorded the sides_My Beloved One / Riot. The A Side written by Paul have a good airplay from deejay Alan Freed on KDAY. They performed at the El Monte Legion Stadium, Alan Freed’s Record Hop at Jordan High in Watts, Pacific Ocean Park, and various local television shows and were the first Chicano duo to be played as a VIP platter on KGFJ, a Los Angeles rhythm and blues station.

With the popularity of the side Bob Keane from Del-Fi Records re-released the disc on the Locket label without any success. In the70’s Guevara singing as Lead on the Zappa’s group, Ruben & the Jets.

Posted by Whitedoowopcollector at 11:30 PM