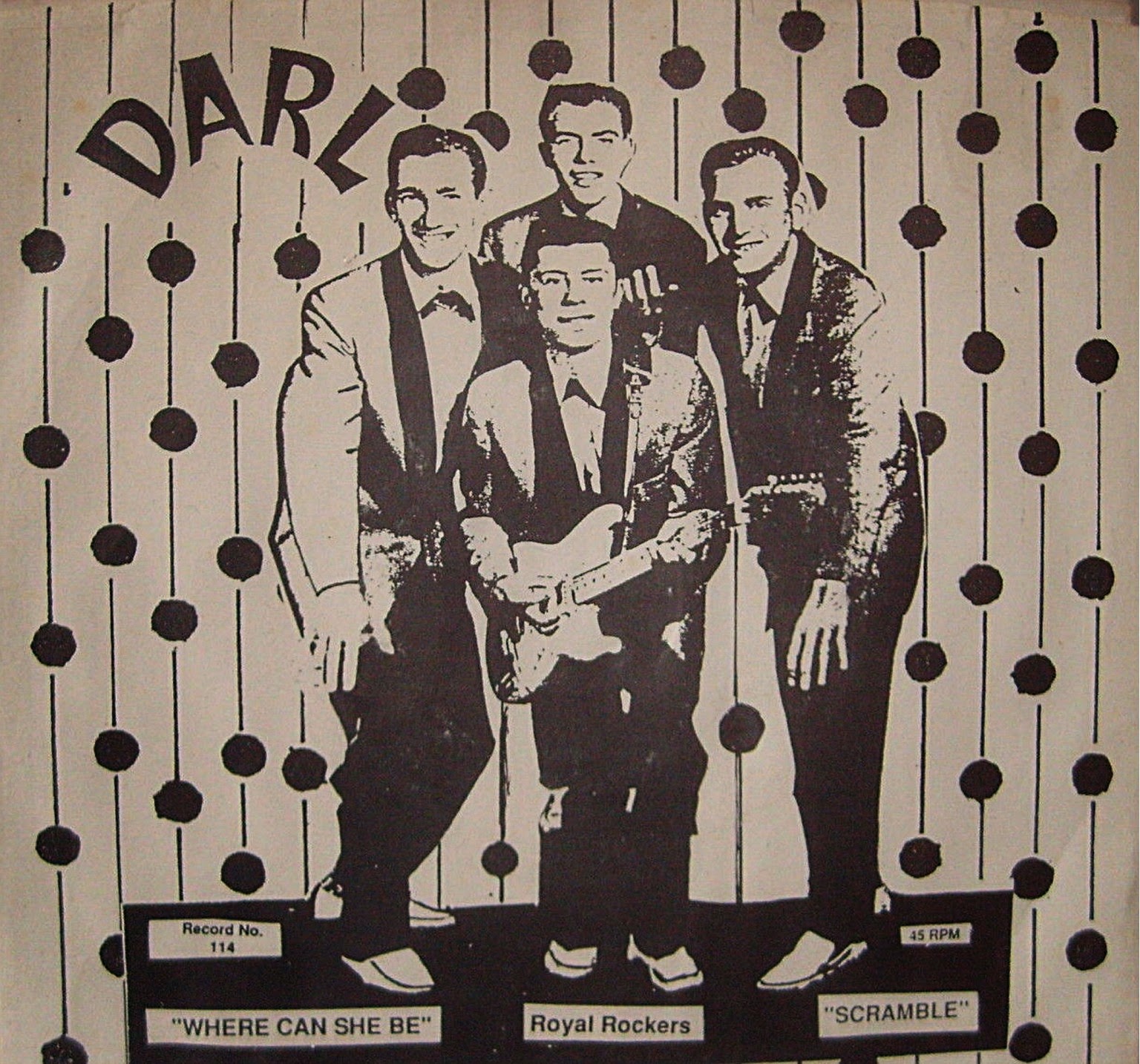 The Royal Rockers with two previously unreleased tracks on Darl Records, the A side_Where Can She Be. is a nice ballad, while the flip_Scramble. is a motorcycle-inspired rave-up. Pressed on clear gold vinyl with a great picture sleeve.

The picture group is the same from CARLO & THE CUPIDS.... 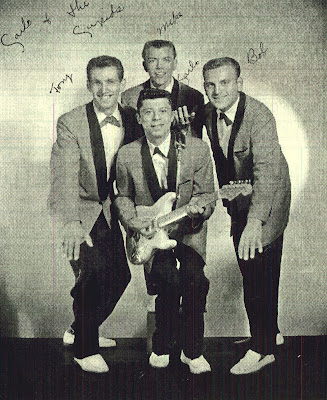 Anybody knows if these two groups have some connection or if is a wrong  picture group sleeve?.

Posted by Whitedoowopcollector at 3:18 PM