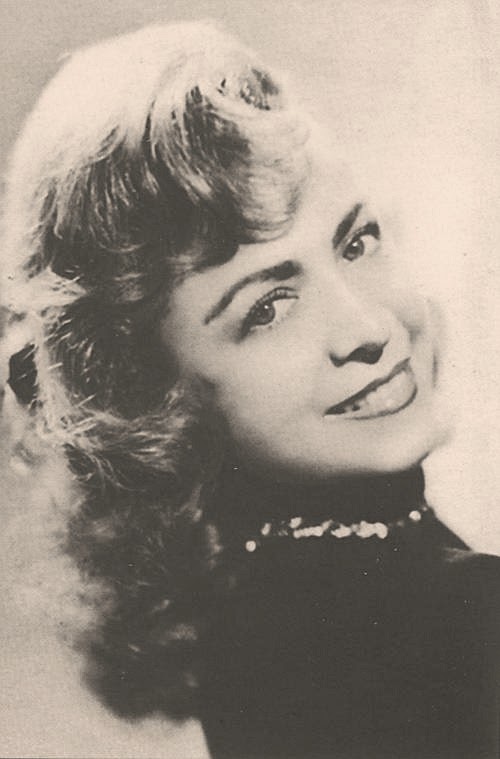 Emilia Grimaldi from Queens, New York is present in the doo wop guides as EMMY ORO with...

-*Is It a Sin / Fish House Function. Chelsea Records-1961 as Emmy Oro & The Rhythm Escorts.

Back up band; The Keynotes, *Back up group, The El Domingos or, is the group the Rendezvous on Rust?.

The Chelsea label. from New York label was formed in November 1960 by Frank Allen, and Michael and Richard Orofino.

Emmy was married to Michael J. Orofino, she was the aunt of singer Jimmy Wilde (see in tis blog). Emmy Oro passed away in 1982 from Cancer.

To Listen or Download_Is It A Sin. please visit; https://app.box.com/s/gh5hjr0mu1vbjnsahkbk

John Herbert, 2nd tenor and the leader, of the Rendezvous told me (over 20 years ago) that their manager Wally Zober gave them a bass singer for their Rust and Reprise Records recordings and John had forgotten his name. Charlie DiBella joined the Rendezvous and is first heard, as their bass singer, on the back-up they did on Chelsea Records. Then Charlie becomes the bass of the Five Discs on Cheer Records and their release as the Boyfriends on Kapp Records. Next, Charlie joined the Magnets for their recording of "You Just Say the Word" for Groove Records.