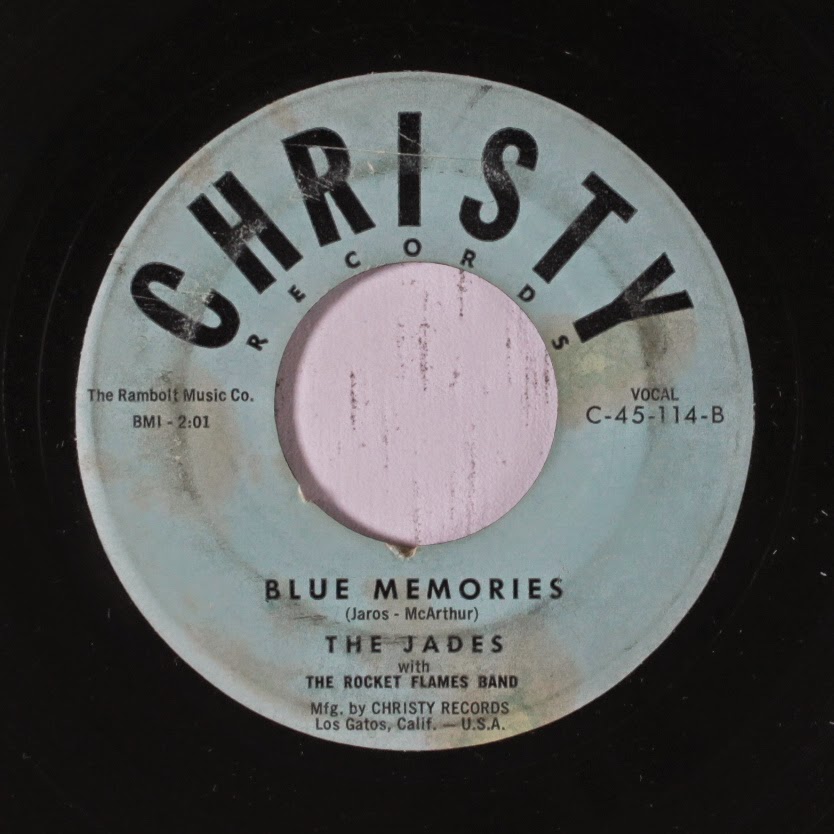 The Jades were a five members group from San Francisco area listed as a white group but really it is unknown if they are completely white, interracial or if it was a black group with a white sound.

They recorded exclusively for the Christy label (a small label based in Los Gatos, CA in the San Francisco area. It was owened by Joe Jan Jaros who started it in 1958).

-Oh Why! / The Big Beach Party.
-Tell Me Pretty Baby / Applesauce.
-Don’t Be A Fool / Friday Night With My Baby.
-Blue Memories / Look For A Lie.

Also they were a back-up group for numerous other artists on the label as...

From 1960 any information about more recordings of the group is unknow so they probably were separated in that year.