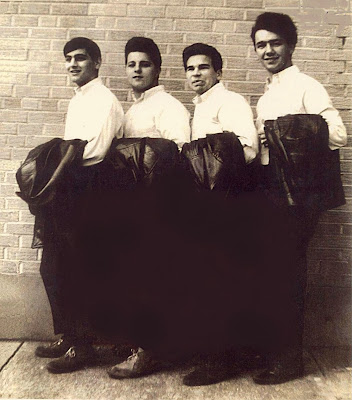 Philadelphia late 1964, Jack Strong and Frank Torpey from the recent disbanded group The Lytations (see in this blog) with record collector friend, Val Shively, make  regular trips up to Times Square Records in New York City to buy records, here contacted with Lou Tavani (from Gino & The Reflections) and Frank "Tank" DiSantis (from The Fashions) and The Acappella's were born. recruited for a back up work in the Harry Moffitt's side_I Like It Like That. this was recorded but never released. 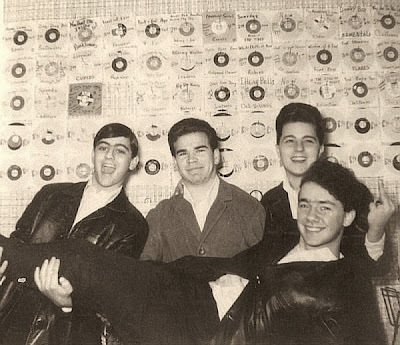 They practice with original songs as_Gunga Din. and classic songs as_Dance Girl (Camelots) or_Sentimental Reasons (Cleftones). In 1965 with the band The Rogues moved at Sound Plus Studios where recorded with music and acappella 24 songs (in some songs they add the guest voices of Bob Croce and Carl Ruggierio) this year Script records released the group sides_My Friend Tell Me / You Left My Heart. under the group name of The 5 Scripts.

Without success by a nule promotion, for the next release of the group Jack and Val combined the 1st letter of their names and formed Java records who released in 1966_The Clock / Look At Me. as The Contenders.

The A side have a big acceptation and Jave released_Surprise / Lovely Lover. the A side have a Righteous brothers sound-a-like and finally the label recorded also this 1966 the Moffitt's unreleased song_I Like It Like That. with the know side_Lovely Lover. 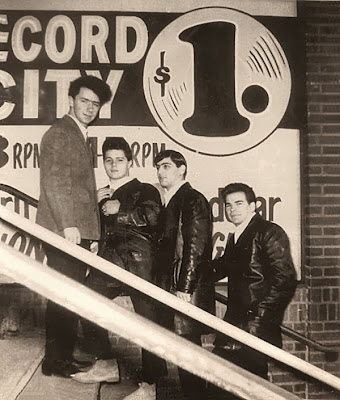 Military services, Jobs and frustrations drove the group out of the music bussiness but Val released more records of the group with different names...

-Let's Forget About The Past / Rhythm Train. Longfiber records-1966.

In 1994 Jack and Lou recorded together as The Revolvers.

-The Pounding In My Heart / Walking My Baby Back Home. J & L records.

The group have the unreleased sides...Unbelievable / I'm Feelin' Fine / Little Liza Jane / Sentimental Reasons / Here Comes Suzy / Why Must We Go To School / That Day Will Never Come.