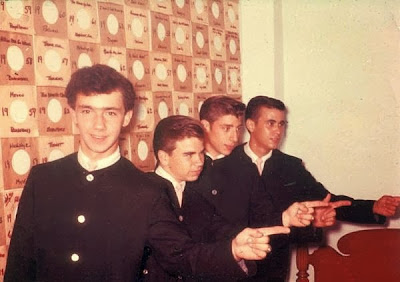 The Lytations formed in 1962 in Ardmore, PA. by Jack Strong (Lead), Frank Torpey (1st Tenor), Bob Bintliff (2º Tenor), Kenny Harper (Baritone / Bass) and Billy Giangiulio (Baritone / Bass). Jack and Frank went to high school together and formed a group called The Violators (unrecorded) when they broke up joined with Bob, Kenny And Billy members of another local group and The Lytations were born (the group took it's name from a combinatin of The Ly-Dells and The Quotations). 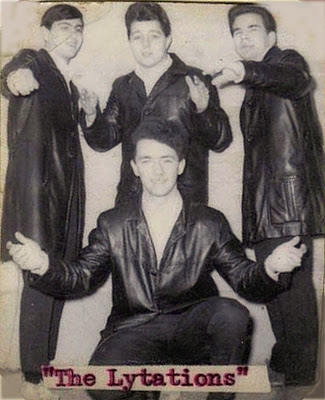 Bob collect records and visit friend collector's Val Shively who introduced to the group rare records and acappella songs, they practice with many songs and finally in early 1964 with the help of Val contracted a band and booked a one hour session in the Studio Sound Plus in Northeast Philadelphia where recored_Dreaming Of You / I Know Somewhere / Hetta Hetta / The Girl That I Love You. 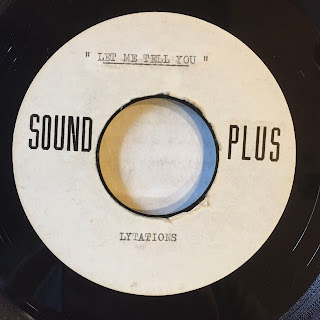 The group want record more songs but without money for the band returned at the studio as an acappella group and released_Over The Rainbow / Look into The Sky / Stormy Weather / Let Me Tell You / Little Star / Sunday Kind Of Love. 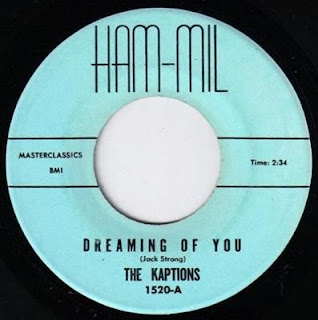 In 1964 Times Square released_Over The Rainbow / Look Into The Sky. meanwhile the songs_Dreaming Of You / I Know Somewhere. were presented to Bill Hamilton of Ham-Mil records who re-recorded the songs with the group with a "Cameo-Parkway Sound" at Virtue Studio in Philadelphia and released the two sides under the group name of The Kaptions.

Bob & Kene leave the group and the rest with a friend appear on TV as The Kaptions. in late 1964 the Lytations / Kaptions were disbanded but Frank and Jack form another vocal group, The Contenders (see in this blog).

so is that just a coincidence that they are called the Beatles? And the song is credited to j. Lemmon???