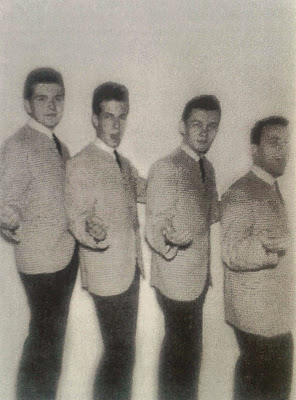 The Perfections began in 1962 with Stan Tyszka on lead and Danny Impriano, first tenor, both from South Philly while John Breidenback, 2nd tenor  and Tony Andreacola from across the river in Camden, NJ.

The group started out as two separate groups, the Galaxys and the Tradewinds. Because of a mutual love for cars, the four members met and soon joined forces as the Perfections (They took their name right off a racing form at Atlantic City Racetrack, the horse was Lady Perfection!!).

Through a relative of one of its members, the group was put in touch with Nina Greene, the wife of Jerry Greene, who owned Lost Nite, and later, the Crimson and Collectables Record labels 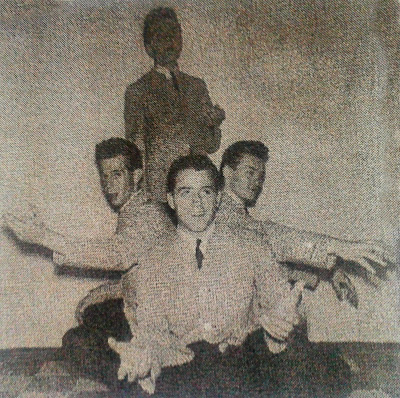 Jerry Greene, (used to manage Slim Rose's Times Square) auditioned the group at his apartment on Osage Avenue; he immediately liked what he heard and a deal was made to record the group. 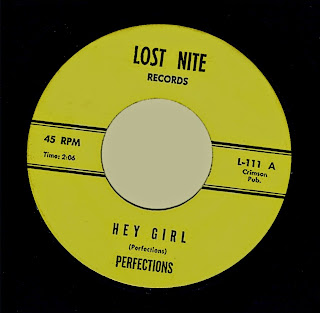 Jerry with his then partner Jared Weinstein got into Green's new Chevy and went up to Brooklyn, NY to record a session. The group cut four sides_Hey Girl / My Baby /Girl With The Crimson Hair /There Goes The Boy. In 1962 Lost Nite relase the first two songs as a 45 rpm and the other two songs appeared later on an LP on the Crimson label,

Al Browne was warned the day before to set up the sesssion but Browne got into drinking earlier that day and they all thought the trip was a waste but Browne held up in a stupor to  get the four songs finished. All the musicians were Browne's group and they were used to his falling asleep at a session and carried on.

The first DJ to play the song was Jerry Blavat. The record sold very well in Philly. It also sold well in Baltimore (it went #1 for two weeks,) and Boston had it in their Top 10. In NYC, Murray The K was spinning it almost every night. Another Philly DJ, "Humble" Harvey Miller of WIBG, played it five times a night. 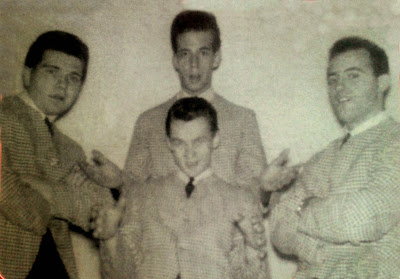 The Boys promoted the record doing hops and live appearances and Green was supposed to lease the record to Atlantic  and they dropped out after seeing that the group was white, they had no history with a white group other than the Young Rascals. Lost Nite never followed up with another record sticking with the oldies as their future releases other than a Lee Andrews release. The group all took regular jobs and split up.