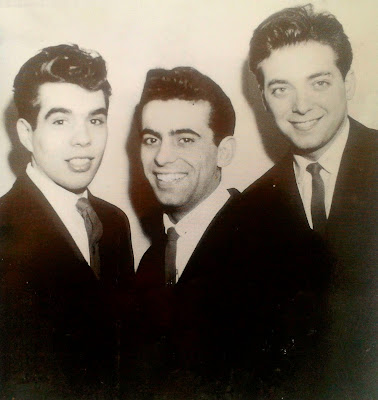 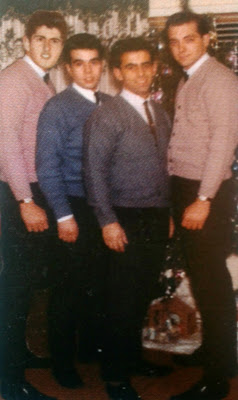 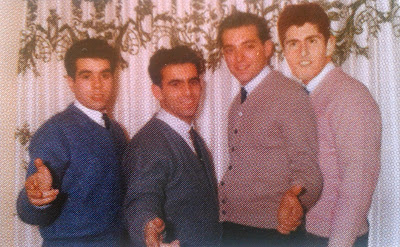 Above the original 4 members Staten's group.

During a show, a local night club owner liked their sound and financed one recording session at Adelphi Recording Studios, NY. where recorded six songs, presented the masters to Jim Gribble manager of The Mystics, Mr. Gribble like a song_Christmas Time. but he suggested the group work with this song for the summer.

From left; Steve, Joe and Frank.

Within two weeks the group returned with_Summertime Is The Time For Love. Mr. Gribble then assigned Stan Vincent to work out an arrangement and the song was presented to George Goldner of Gone records, impressed with the tune, Mr. Goldner called Artie Rip who arranged 17 piece accompaniment. 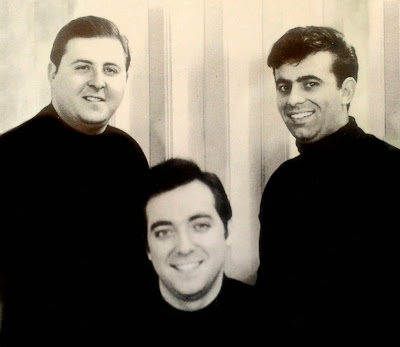 The side was released in the summer of 1961 on George's Mark-X label with the B side_That Certain Kind. but George said you boys are from Staten Island so you name will be The Statens. 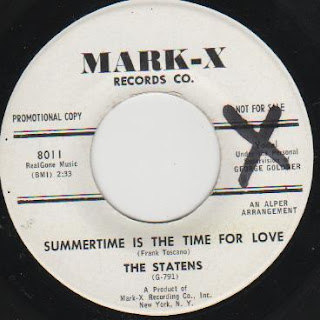 To Listen or Download A side, please visit; http://www.box.net/shared/f3q0gqhmdg

The record failed in the charts and Santo left the group, in 1963 signed Frank's father, song writer, Al Bandini as their manager who send the group to record some demos at Broadway Studios, the guys lead to Mercury records without luck. In early 1965 recorded the sound-a-like Jean & Dean / Beach Boys sides_You've Got A Bomb / Surfannanny. for Philips records as Cyclone III. 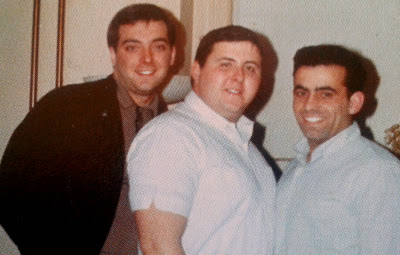 The group recorded a remake of the Jean & Dean_Sidewalk Surfin. for an upcoming movie but Joe's military commitments thwart this work.

In 1980 Crystal Ball released two 45's with the Staten's unreleased sides_Valentine / Do What You Want _Where Was I / Didn't Mean To Fall In Love.

Followed in 1982 by an album and in 2000 a complete CD with more unreleased sides of the group as_When Will I Find Love / You Broke My Heart / One Girl, My Girl / U-Dance / Honest I Do.