This white group from Indiana, Pennsylvania started in 1962 as a instrumental interracial band know as The Calvacades formed by John Lopacinski (Guitar), Ben Gerideau (Sax / Piano), Ken "Hiram" Holiday (Lead guitar), Jerry Holiday (Bass guitar) and Ted Sadler (Drummer). The band were active for 6-8 months and in this time backed to The Stereos, The Dovells, The Angels or to Del Shannon. 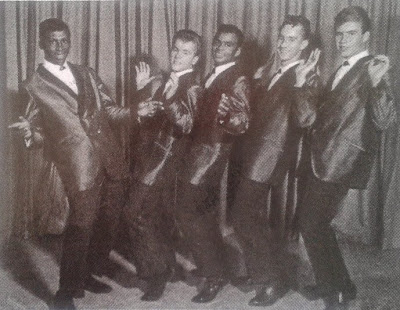 In 1963 The Calvacades were disbanded and Hiram on Lead vocals with his friend George Garrigan on tenor want a singing with a vocal group sound and recruited to Tim Schaffer (Tenor), the trio singing on street corners for many times and in autumn of 1963 recruited to Jimmy Alayon also a tenor ( Garrigan's puerto rican neighbor ), Hiram's brother, Jerry (Tenor) and Dave Jerko (Jerry and Hiram singing and play instruments and Dave play the drums).

They choose the name The Valentines why in this time none vocal group have this name. They appear on school dances and local clubs but want made a record with two songs Hiram's wrote_Beautiful /You're Everything. He ask help to his father, Steve Holiday who have his band, The Jet Tones, Steve present the group to Eddie Liszewski from Creekside, Penn. lead of the polka band Eddie & The Slovenes and owener of Lee Records who sold to the group a Robert Hall track recorder for rehearsal use. 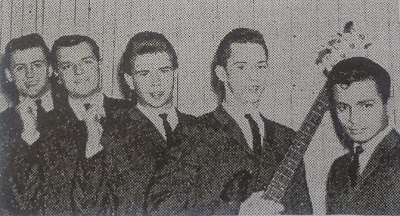 In the winter of 1963 Steve prepare a recording session in the Steve's home with two Robert Hall track recorders and two large mikes also in this session Kenny Machak was added as saxophonist. The Valentines master sides were send to Lee Records who pressed 500 copies but with the A Side as_BeautYful. Paul Barr and Joe Marco were designed for promoting the record, the A Side was very popular locally and the group appear in many local shows, they opened for the Dupree's at Runco's Blue Angel in Indiana and backed instrumental at Harry's Dancenland in Buttler, Penn. for Gone label's Carousels of_If You Want To. Fame.

In the spring of 1964 George and Jim leave and Jim Morgantti (Drums / Vocal) and Joe Pitzerell (Tenor) joined but when in late 1964 Jimmy leave, the group disbanded. Hiram form Lord Hiram & The Walkers aka Hiram & The Walkers who in 1967 cut an instrumental single for his label Sham Records. 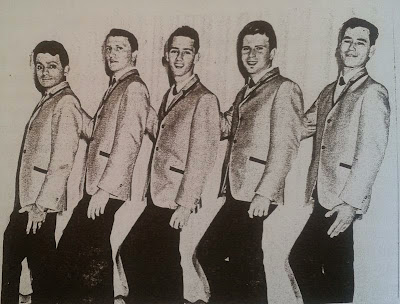 The Valentine's sides were presnt in trhe Jeff Kreiter's Vocal Group Record Guide but ANYONE HAVE THESE TWO SIDES?.