Vocal instrumental group from Chester, NY. consisted of Little John on guitar and vocals, Tom Nigra on bass and vocals, Tony Valastro on tenor sax and vocals and Lenny LaMonica on drums. The band was formed in 1962 and played steadily all over New York state and Jersey. 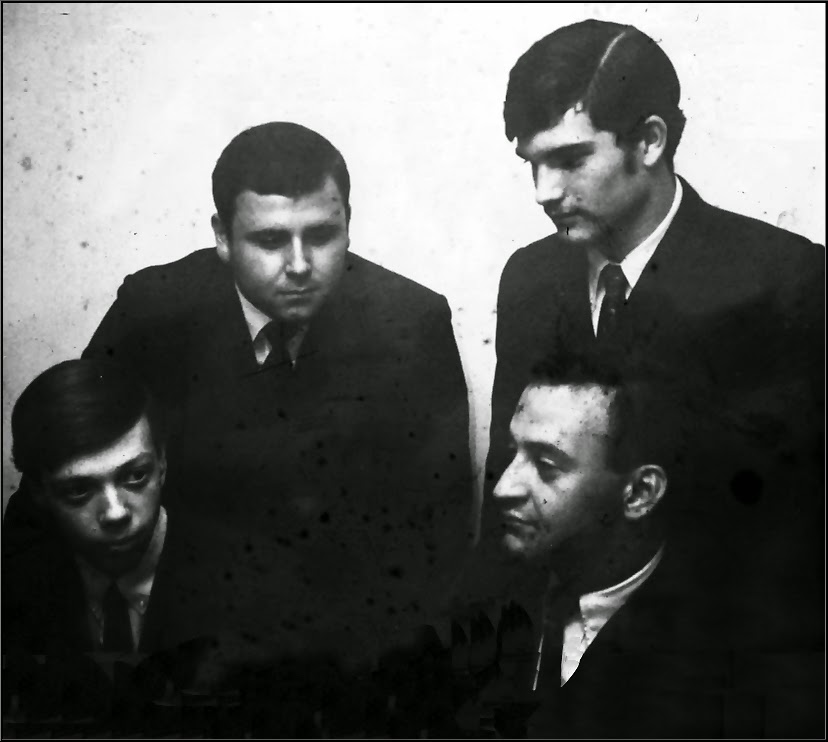 In 1964 in New York City record producer, Vinnie Catalano used the group to record a doo wop 45 for  C&A Records with the sides_Marcelle / King Of The World. the group continue in the music bussines until 1968.

Posted by Whitedoowopcollector at 1:30 PM