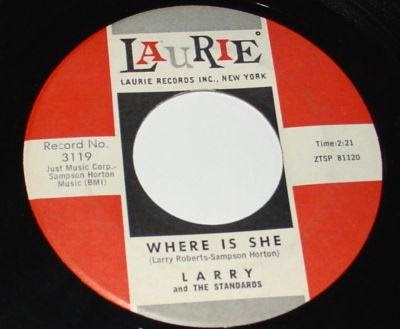 Larry and Ronald were Black, Freddy from a puerto Rican/French heritage and the rest White. 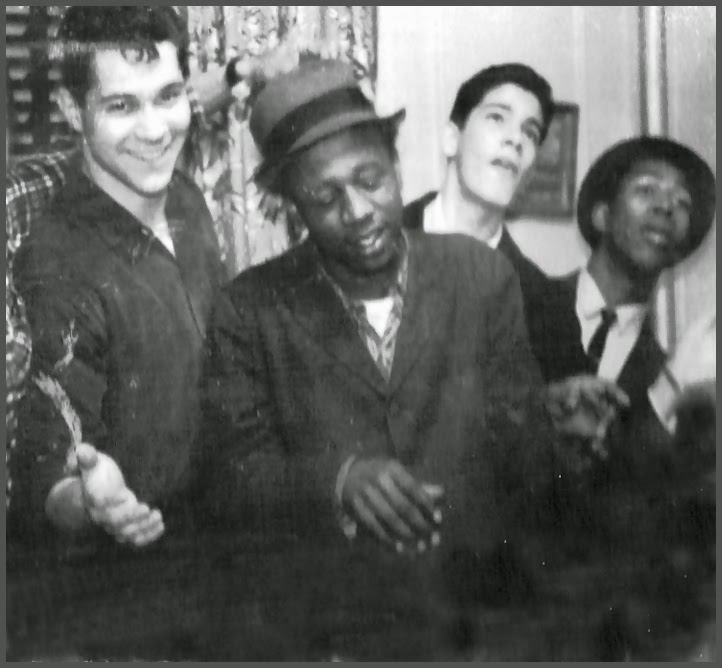 In Juanary 1961 were managed by Sampson Horton who send the group to record a demo_Where Is She. at Mirasound studios in Manhattan, NY. in this session Neftalí Lamort replaced Lou Pesce.

In 1962 signed with Laurie records were recorded their demo_ Where Is She. with the B Side_My Lucky Night. in this recording Charlie Maglio replaced toTom Caterino. without success the group broke up in 1963 and Larry started to solo career.

Tom Caterino and Lou Pesce also recorded with The Starfires (see in this blog).

Posted by Whitedoowopcollector at 11:16 PM