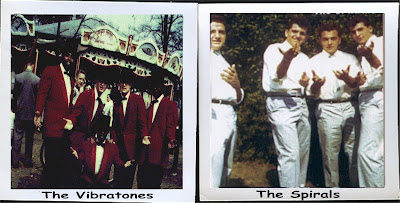 THE VIBRATONES + THE SPIRALS + THE VERSATILES= TONY & THE HOLIDAYS.

In 1957 The Spirals from Manhattan, NY. compite with another group for obtaining a recording contract, unafortunely the winner were Little Antony's group, The Imperials. The Spirals recorded a demo_I've Got the World On A String. and broke up. 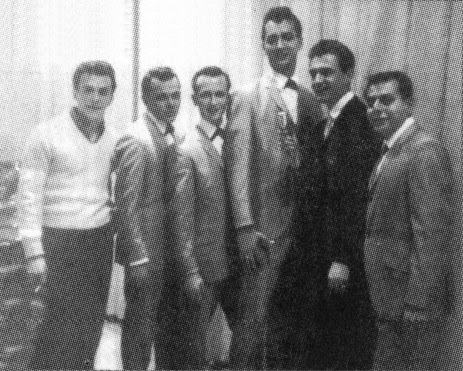 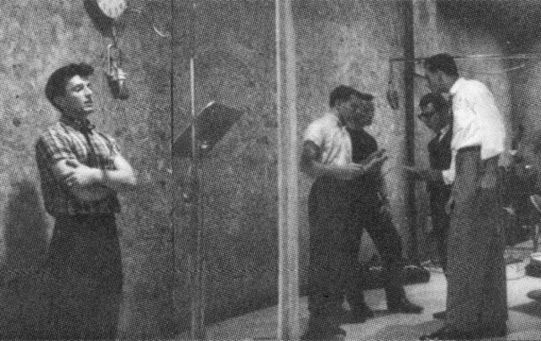 In 1959 Spiral's members Larry Rizzo (Baritone) and Larry Loeb (1st Tenor) recruited Harry Jay (2º Tenor) from a local group know as The Vibratones, Harry present Tony Castro to the rest of the guys and became lead Singer of the group, finally with the incorporation of Fred "Duke" Hodgkinson as Bass (from another local group, The Versatiles) Tony & The Holidays were born. 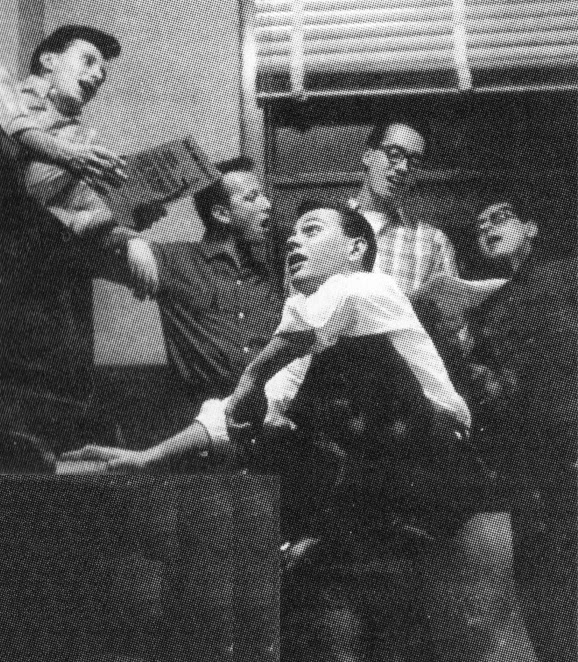 In 1959-60 the group recorded several demos as...Your Way /The Glory of Love/ I Was Such A Fool / Come Go With Me / Each Step I Take /Tick Tock /Melissa. Finally in 1962 signed with ABC Records were recorded_There Goes My Heart Again / My Love Is Real. they have the unreleased sides_I'm confessin / Apple (Blossom Time).

-There Goes My Heart Again.

By the end of 1962 the group moved to The Belmont's label Sabina Records and recorded the sides_My Love Is Real/Time To Dream. and_Now It's All Over/The Background Sound. under the group name of Buddy Sheppard & The Holidays( in these sides Freddie and Angelo of The Belmonts were part of the background). 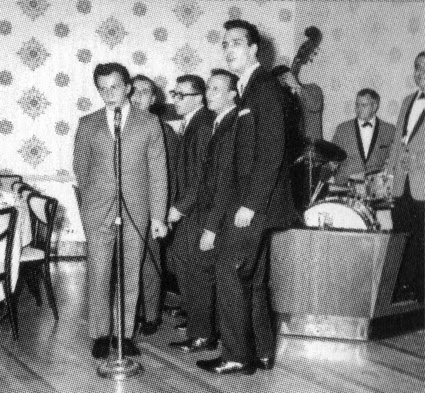 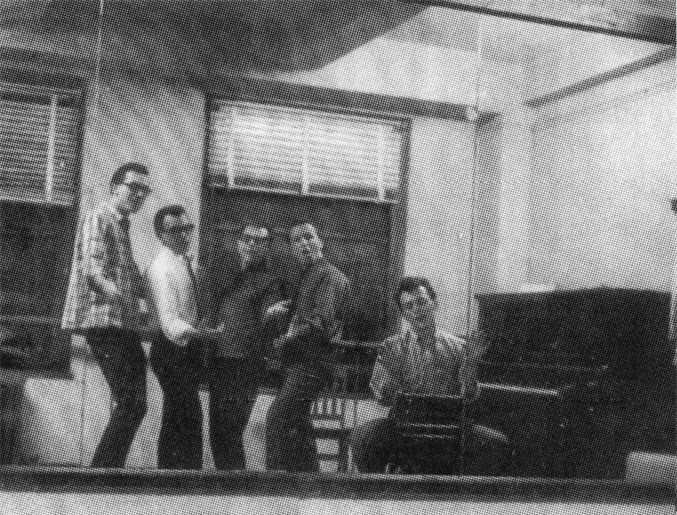 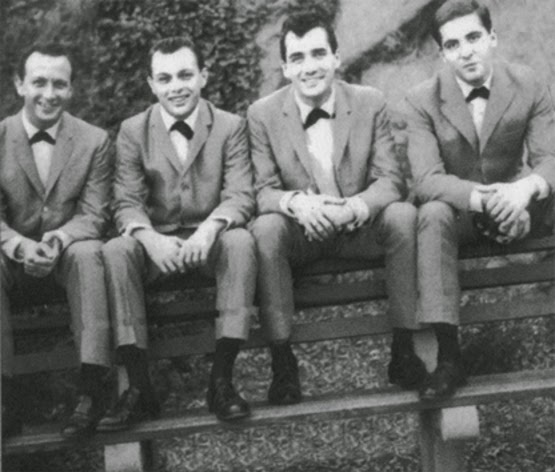 After their recordings on Sabina Tony Castro leave the group and was replaced by Richie Tsonos.
The group signed with Magna Records and recorded in 1963 under the group name of The Standards...

-Hello Love/My Hearts Belongs To Only You.
-It Isn't Fair/Everybody Knows. 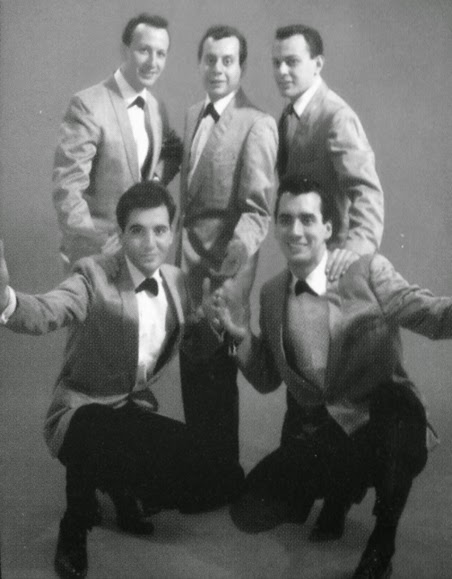 Later in 1964 members of the group back up to Larry & The Legends on Atlantic Records. 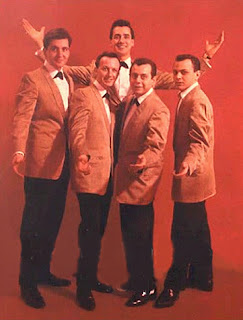 Posted by Whitedoowopcollector at 4:22 AM

It's good to know people are still enjoying doo-wops - especially by "Tony & the Holidays" and "The Standards". My husband wrote "Hello Love" and sang bass and sometimes lead for both groups.

Most of the guys are still around and kicking and Duke - my husband - does entertaining in the Dallas, Texas area. Thanks for playing their music!

Phil Spina wrote Hello Love. Are you married to Phil?

No, I'm married to Duke Hodgkinson who wrote "Hello Love" in 1955 when he was with The Versatiles. Please note the name on the record!

I was under the impression that The Holidays were actually The Belmonts. This is not true?? Thanks...

I am in florida and my good friend Larry Loeb lives here. He was with The Standards and with Tony & The Holidays. He still sings karaoke with me and a group of friends. Great guy